Books: Death In A White Tie, by Ngaio Marsh 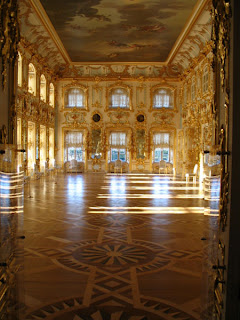 "You mean debutantes have gone back to being treated like hothouse flowers for three months and taking their chances as hardy perennials for the rest of their lives?"


The back cover of my copy claims that Dashiell Hammett called this "the best detective story I have read." I suspect that I agree, in spite of all the competition that's been published between 1938, when this was published, and now.

Death In a White Tie tells the story of murder and other unpleasantries during the London debutante Season. It's full of caviar and champagne and white ties and debutantes and polished floors, and polished, sparkling British society characters.

And I love these characters. Scotland Yard Chief Inspector Roderick Alleyn. The unrequited love of his life, the painter Agatha Troy. Alleyn's mother, who is always a treat on the page. Bridget O'Brien, fiercely loyal to her rebellious young man. Lord Robert "Bunchy" Gospell, described as "A relic of Victorian days".

It's witty and breezy, with turns of phrase to chuckle over. It's a pleasure to read. But it's not just sparkle and wit, and the character aren't just well-pressed, well-spoken mannequins; the plot and characters are built layer by layer from the inside out.