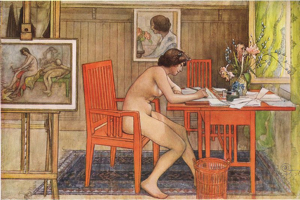 Remember where I claimed not to believe in writer's block? I'm not-having it again. I can write. I wrote a couple of paragraphs about sewing patterns. And cloche hats. And the nice camp shirt that I saw on someone. And how I want a camp shirt pattern. And it was all really boring, so I deleted it. I'm restraining myself from deleting this, because, as I said, there is no such thing as writer's block. Nope nope nope. So I'm just going to keep writing.

Part of the problem may be that my head hurts. I don't know if it's about sleep or caffeine or heat. Or if I'm working up to a migraine. Whee?

Or it may be junk food deprivation. There are Thin Mints in the freezer in the garage that I'm not eating. And I'm imagining Pringles. Or Andes Mints. Or pound cake. I used to make pound cake from the recipe in a 1970s-era Joy of Cooking. It was really good. I want some now.

See, I'm trying to refrain from eating sugar. It's resulted in losing a fair little bit of weight, very much to my surprise, because I've never really lost weight on a diet before. Though the weight loss might be coming from the fact that I'm no longer drinking a fair fraction of a gallon of milk every single day. I miss milk. It was my mood medicine. Now I'm getting my tryptophan from sliced turkey and raw sunflower seeds.

There is no writer's block. Really. No such thing. Figment of the imagination.

I've been thinking of gradually learning to make all of my clothes. Except for underwear and shoes and raincoats and hats. Not that I wear a lot of hats. Did I mention the cloche hats? Ah, yes, sort of. And I wouldn't make T-shirts; I'd replace them with something else. Like camp shirts. With dropped sleeves. I'm having trouble with sleeves. 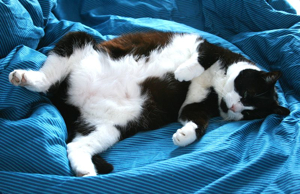 It's the weekend. Friday night. The night before Saturday. The time when I don't have to work for about sixty hours. The opportunity to take two evening bubble baths without the knowledge that work looms in the morning. And look at the post-midnight clock and say, "Meh; I can sleep late."

Image: By Yoky. Wikimedia Commons.
Posted by Martha at 12:58 AM 6 comments: 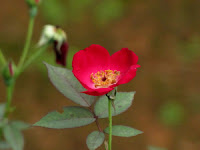 I failed, and resolved to give it away.

It didn't go away. It spent time in the Giveaway Ziploc and the Giveaway Shoebox. I don't remember if all of the people that I thrust those containers at ("Want some? Sure you do!") turned it down, or if I extracted it before making the offer. I suspect the second because, as I say, I wanted to like it. Badly.

After a few weeks of walking past the Giveaway Shelf and feeling its resentful eyes on me, I finally returned it to the collection. And I wore it today.

I liked it a fraction better than I did before--it's upgraded to "Interesting." rather than "Bitter. Eew." But I'm not there yet.

Image: By Vaikoovery. Wikimedia Commons.
Posted by Martha at 12:03 AM No comments:

I bought the August Vogue. It's probably the first Vogue I've bought in five years, and I bought it then for the same reason that I did now--to let a little light into the closed fashion cave that I live in. (Editing to add: I suddenly feel the need to clarify that the cave that I refer to is my mind, not my town. There's fashion in my town. I just don't pay attention.)

Reading it, though, I remain me. My geek eyes tell me that Louis Vuitton photographed vampire Cylons in big hats, all taking a train ride to Caprica. Marc Jacobs, on the other hand, has posed a group of Walking Dead on the beach--again in big hats. Big furry hats. In fact, most of the fashion ads seem to be populated by vampires--only the makeup models look as if they still breathe and register at something above room temperature. That's not to say that the fashion models aren't beautiful (though I don't intend to look at the Marc Jacobs ad after ten o'clock at night), they just don't strike me as human.

I subscribed to Harper's Bazaar, on the recommendation of someone over at Stitcher's Guild or PatternReview, I can't remember which. I haven't received my first issue yet, but the Google images for Harper's Bazaar feel more Holly Golightly and less Mad Max.

I'm re-reading The Thoughtful Dresser by Linda Grant, and once again finding its argument for "surfaces" persuasive, though I still don't enjoy shopping for clothes. Shopping for fabric, now, that's entirely different.

I read Overdressed: The High Cost of Cheap Fashion--and paid nearly full price for it at my local bookstore, rather than the drastically discounted price from Amazon, which seems highly appropriate given the subject. I realized that I completely missed the cheap fashion phenomenon--just as I was adjusting to the idea that normal humans do buy garments that cost more than a hundred dollars, apparently the normal humans were out there buying twenty-dollars dresses like candy. At least, that's what the book leads me to believe--is it true? And is it true that the average American buys fifty-nine--fifty nine?!--garments a year? Yikes. Unless I'm forgetting something, my newest purchased skirt is at least two years old, and I doubt that I'd have bought another one even if I hadn't started sewing.

The book makes me feel good about sewing my own clothes; while the author doesn't yet sew much, she enthusiastically advocates it as a solution to many of the problems that she describes. There's also the idea of "slow fashion"; I've barely heard of the movement and haven't done much reading about it, but I do like the phrase.

I also learned from the book that a few decades ago, it was rare for even inexpensive clothes to have a visibly-stitched hem, while now that's the standard for even expensive garments. I tested the theory in a used clothes shop--I scanned along the hemlines of a rack of dresses, looking for those that lacked visible stitching. And, yes, the first one that wasn't topstitched turned out to be a hand-sewn vintage dress. It was an appropriate size and fashion for Terri Garr in that Star Trek episode, a lovely sixties piece that cried out for go-go boots, so I couldn't come up with any excuse for buying it. But I was pleased at the success of the theory.

I was faintly aware that the waistlines of jeans had fallen well below the waistlines of humans, and had heard the term "Mom jeans" to refer to those jeans that look to me, who was a teen in the eighties, like they fit "right". I've studied the photos on the often-referenced page "Mom Jeans and the Dreaded 'Long Butt'" and with the exception of the elastic-waist jeans, continue to prefer the Before photos.

I was fascinated by a "Mom jeans" thread on PatternReview, and the assumption by many posters that of course Mom jeans are inherently unflattering and low-rise jeans are inherently flattering. I'm not claiming that the reverse is true, I'm just interested in the way that my eye, trained in the eighties and rarely updated since, comes to a completely different conclusion from eyes trained in more recent decades. To me, natural-waist jeans and tucked-in shirts look "right" (though I'm too lazy to tuck in my shirt); as I interpret the thread, the fashion-current see low-rise jeans and untucked shirts as not merely fashionable, but mandatory. I suspect that the current look will, in time, become as dated as the eighties look.

Today I bought a beautiful piece of Japanese cotton, white printed with green foliage, and am seriously considering making a highly theatrical garment, a blouse with a bodice in the slightly stiff, slightly glossy cotton, and gathered sleeves in white georgette or chiffon. I fear that it's a terribly 'eighties garment, especially since it makes me think of the long-cuffed Edwardianish lace blouse from Valley Girl, but it's possible that I don't care.

Me. Caring about clothes. Who knew? 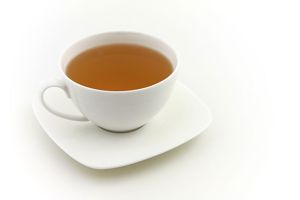 And again I whine about this scent. I loved it once. Adored it. Completely understood Luca Turin's five star rating. And then I never appreciated it again.

I perceive it as "matte"--smooth, but a textured, not a fuzzy or furry, smooth. Dry, not liquid. A little bit dusty. I like all that, but it's not enough. For about fifteen minutes, starting about half an hour in, there's a lovely streak of lemon and I have hopes of loving it again. Then the lemon's gone and there's too much sugar and not enough tea or smoke.

I just wandered off to look at reviews of it, and this review on Now Smell This reminded me once again of the existence of The Pour un Ete.

Maybe Din Dan is going to have to wait.

Image: By Peter Kratochvil. Wikimedia Commons.
Posted by Martha at 10:20 PM No comments: