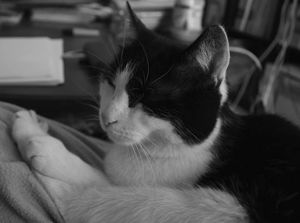 The perfume moratorium ends on August 2.

So does, quite possibly, the United States financial system, but let's focus on priorities here: I'll be able to buy perfume.

Image: By Fillette. Wikimedia Commons.
Posted by Martha at 12:07 AM 4 comments: 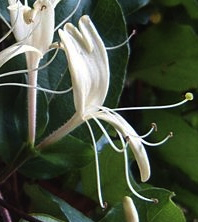 I can't store the memory of the scent of honeysuckle. I can remember the smell of roses, and jasmine, and daffodils, but honeysuckle is a fresh surprise every time I pass a vine. A wonderful surprise--I recently passed the vine that's trying to eat the garden shed, and realized that honeysuckle is my favorite of all flower smells. I've described Sushi Imperiale as being a happy tap-dancing scent; honeysuckle has no similarity in scent, but it has exactly the same mood. While Sushi Imperiale is tapdancing on a gleaming marble floor in an evening dress or tie and tails, honeysuckle is dancing barefoot in the grass.

And, of course, honeysuckle offers taste as well as smell--that drop of nectar at the base of the flower always seemed like a magical bonus to me when I was a child. Food from a plant! Who'd've thought? (Yes, we did buy all our vegetables from the grocery.)

And the vines grew wild, in unauthorized places. Few people gardened the unbroken-green-grass yards in our suburb; my primary experience of flowers was honeysuckle and dandelions and other weed flowers. (And the magical field of daffodils that we mistakenly thought were growing wild, but that's a different post. Whoever planted those bulbs, I do apologize for the number of flowers that I stole.) Leaving the daffodils aside, honeysuckle was by far the grandest flower of my childhood.

In memory, I can see the trees and brush around the sinkhole at the high school across from our house, hear the cicadas, feel the heat, and smell--no, I can't smell the honeysuckle, I can only remember the pleasure of it. There's a safety fence around the sinkhole now, no doubt a sensible measure, but I think it's a sad thing. Are the old stories, of lost cows perpetually mooing for rescue from the bottom of the hole, also lost? For that matter, are children now warned not to eat the honeysuckle nectar? Too much safety does seem to take the flavor out of childhood. 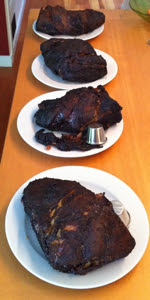 Image: By Himself.
Posted by Martha at 8:45 PM No comments: