OK, this is straying away from the perfume theme. I'm obsessing about gardening lately. I have more garden space, though only temporarily. And an itty bitty greenhouse--that's permanent. So the most exciting smell I'm experiencing lately is the dusty, damp smell of mulch and potting soil as I walk into the greenhouse and shut the door.

I'll be back to perfume soon, no doubt. Meanwhile, I wonder if Christopher Brosius has ever considered creating a Garden Shed perfume?

Something about that Godiva shampoo bar that's been fogging up the place has made me eager for an even stronger dose of jasmine. So I wore A La Nuit on Thursday (the Godiva post went up somewhere around Wednesday, and then Blogger fell down, so the dates got weird) and then again today.

Oddly, A La Nuit smells cleaner than the shampoo bar. And I always thought of A La Nuit as a slightly dirty jasmine. Have my jasmine standards changed?

Review Roundup: Is here.
Posted by Martha at 5:07 PM No comments: 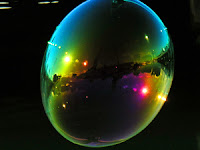 I posted a while ago about the movie Bag It!, which inspired me to try to reduce plastic use, which inspired me to try shampoo bars. The ones from Emz Blendz, a local shop, are very nice, and will remain my usual shampoo. But I first saw shampoo bars on the Lush website, so I thought I'd try one. Moisturizing and jasmine (rather than some cookie scent) sounded nice, so I tried Godiva.

Wait. This thing is wrapped in plastic? Did Lush miss a meeting? Yes, a little plastic sock is probably better than a whole plastic shampoo bottle, but still. Emz wraps their shampoo moons in paper. So there.

Returning to my first impression: Wow, this scent is strong. I unwrapped the bar and used it, and left it on my tub drainer, and whenever I open my bathroom door a fog of jasmine creeps out and down the hall and into the living room. I can't even tell if my now-dry hair smells like jasmine because my nose is overwhelmed with the ambient fumes.

Luckily, it's a nice jasmine--neither dirty or squeaky-clean, and without a synthetic vibe. I like it. But I need to get one of those shampoo bar cases to pen it in, because the scent is going to soak into the walls at this rate.

As for its performance as a shampoo... have I mentioned my lack of interest in beauty products, beyond the way that they smell? My hair is clean. I was able to brush it without fighting a lot of tangles. It didn't wave around or stick up or anything. Therefore, by my standards, it succeeded as a shampoo.

Conclusion: I like it. I'll want to buy another one when this one is gone, but what's with the plastic, guys?

One advantage of reviewing a new kind of thing is finding previously unknown-to-me blogs for the Review Roundup: Mayaari and agoosa and Clearly Beautiful and WeekendRamblings and  Carrara Nour and Beautiful Aspect and Alice in Nappyland and not-new-to-me MakeupAlley and this thing seems to have been reviewed a lot, so I'll stop there.

Early in the life of this blog, I blogged every single day for months. I thought I might make an unbroken post-every-day year. I didn't achieve that, but I had a fairly nice record going.
Then all that just stopped, and I'm not quite sure why. But I've decided that waiting to be inspired is no way to get writing again. So here I am, uninspired, but typing at full speed. And I, um, see, just to increase the odds that I will write something and get it out there I may not include a picture in this post. When I'm driven to blog, I enjoy including the picture, but when I'm shaking a finger at myself and ordering myself to write something, sometimes the picture seems like too much work.
I do seem to have an urge to record my life, even when I'm not writing. I've been more thoroughly putting all my personal tasks and goals into OmniFocus, an elaborate To Do application. I even got the iPhone version, to allow me to enter random thoughts no matter where I am. Well, except when I'm in bed; can someone please fix that problem where a cellphone near a speaker of any kind, including a clock radio, makes the speaker intermittently do that stuttery thing?
And just today, I bought myself a garden journal. It's actually a smallish Moleskine sketchpad notebook; I've been wondering what all the fuss was about with Moleskine notebooks, so I decided to get one. While owning it doesn't make me feel like Hemingway, I must say that it is a nice little thing, and I do like the way that the stitched pages let me open it extra firmly, in a way that would promptly snap a glued spine. I was a little concerned that I would go all perfectionist and refuse to mark up the pretty paper with my extraordinarily wavery and near-unreadable handwriting, but, no, I've already filled ten pages with notes about what's done blooming, what's currently blooming, what's about to bloom, what I want to plant and transplant, and what to buy for next year.
A slightly disconcerting feature of the notebook: The very first page has a few lines labelled "In case of loss, please return to:". That's all very well, and I entered my name and phone number, but it's followed with "As a reward: $" and a space to enter the size of the award promised for return of the notebook. Is this really a good idea? Do I want to encourage someone who picks up my lost notebook to promptly imagine how much they can ransom it for?
Posted by Martha at 12:19 AM 8 comments:

Blogging: Why on earth wouldn't I blog for free? 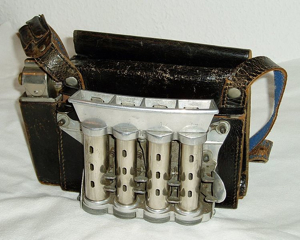 You may or may not have heard about the Huffington Post lawsuit. As I understand it, now that the Post has been sold for a big bag of money, all sorts of bloggers who have been contributing their words to the Post for free are saying, "Hey! Gimme!" Vanessa, aka Bonkers About Perfume, mentioned this some time ago, pointing to this article when she commented on my earlier blog rant post. But I'm a little slow.

The lawsuit seems to have started a web-wide discussion of the concept of blogging, or otherwise creatively contributing, for free. And I've picked a side: As far as I'm concerned, the problem isn't that some people are creating for free, but instead the expectation that amateur creative activity should be paid. At all.

Many people are arguing that the Post situation wasn't Wrong because the people who blogged for the Post did benefit financially, if not directly. They got exposure, they enhanced their reputation, they got hits on their websites, blah blah blah, and all of that led to money one way or another. And Wired had an article about "free" and how free product can result in money in various sideways ways. And an article on another site compared free blogging to open source software, and again mentioned other financial benefits resulting from contributing to open source projects--the facts that some companies are making money from it, and programmers are improving their reputation and careers.

And I say that, again, that's not the point. It's not about getting money directly, or indirectly, or now, or later, or through a paycheck, an ad click or a career enhancement. It is, I say, not about money. At all.

Now, I'm mis-stating the position of those articles a little bit. Some did touch on this idea, the idea that there can be motivations for creation that are unrelated to money. But every one that I've read so far, even the open source article, seems to glance sideways at this idea, nervously, and to rush back to the comforting "Look! Look! Later on there might be money!" argument. So far, only an article by Arianna Huffington herself (who can't really be considered a disinterested party) seems to dwell, at any length, on the purely nonprofit motivations. While also talking about the financial benefits to the writers, she talks about people wanting to "connect, share their passions, and have their opinions heard."

Well, yeah. Was that so hard? It's not about the money.

And, no, I'm not saying that someone who ends up making some money, a tiny bit or a lot, is bad, or less creative, or betraying their muse. I'm just saying that money is not the point. I'm saying that blogging without any hope or intention of making a single penny is a worthwhile pursuit, one that doesn't call for explanations or mumbles of, "...well, I thought it might be good for my career..." Creating without a paycheck does not make you a fool or a sucker. It does not require an excuse.

Image: By LosHawlos. Wikimedia Commons.
Posted by Martha at 12:23 AM 8 comments: 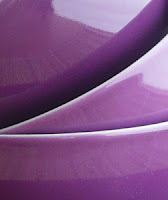 I don't much like lavender--I smell it as dusty and passive-aggressive. But in Brin de Reglisse, the dustiness seems to be lacquered over with a sugary coating, so that I can visualize a sweet, purple, slightly juicy lavender replacement without any toxic personality characteristics. It's partly the licorice, no doubt--I love licorice--but I'm not sure where the sweetness is coming from.