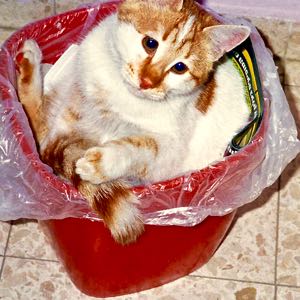 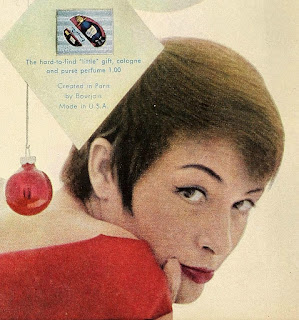 So, it looks like the goal of resuming blogging didn't "take". But let's post again, just because.

I'm decluttering. This means that I'm decluttering perfume again. I could have sworn that I last did this, oh, maybe eighteen months ago. But it appears that it was ten years ago, as described in my post about The Ziploc.

That post has a lot of gnashing and near-lamenting. This time it's a lot easier to give away the perfumes that just didn't work--at least, the first group of them. I've learned that I'm never going to like aldehydes or musk--looking at the latest list of perfumes I'm offering to local friends, I see that fourteen out of seventeen have one or the other in their Fragrantica notes list, and several have both. The remaining three are Sand & Sable, Miss Dior Originale, and Boss Woman. And looking at my own blog, I see that I did like all three of these. Just not enough to continue to give them space in the Perfume Containers.

(I also see that I was trying to give away Sand & Sable then. Did I pull it back? Looking through my reviews yesterday did result in my pulling back Cuir de Lancome from the giveaway list, because even though I haven't worn it for years, apparently when I did I really liked it.)

(Yes, I could sell the perfume, but, Postal Regulation Phobia.)

Arguably, this is a whole lot of decluttering effort for an itty bitty bit of space reduced. I chose a big Rubbermaid bin of clothes to donate in less time than it took me to write the email offering the perfume.  I don't usually believe in putting in the effort to give things a good home. Except, apparently, for perfume.

(And if you're one of my perfume recipients, reading this and feel that I've now assigned you to feed and walk a bottle of perfume like a puppy, until the end of time--no. If you don't like it, pass it on or throw it out and accept my gratitude for saving me from having to throw it out.)

So. Perfume Containers. I may or may not have mentioned the "container concept" as a guideline for decluttering, a concept that comes from A Slob Comes Clean, a set of decluttering resources (Blog! Podcast! Books! Audiobooks! Private Patreon group!) by Dana K. White, who has to be referred to as Dana K. White because if you Google plain old Dana White, all your hits are about a wrestler.

The idea of the container concept is that you don't get a bunch of containers to stuff your stuff into. You choose a container, and that container is your limit for how much stuff you keep. There are containers within containers--your house is also regarded as a container. Yes, this--the idea that you keep only what you have room for in a specified space--is no doubt obvious to those that Dana K. White refers to as "normal people".

So my container for my perfume is supposed to be two bread boxes with hinged lids. Those are full to an extent that means that getting a bottle out is Jenga, but in addition, there are three more shoebox-ish-sized boxes of bottles, one more filled with samples, and one large and one small glass jar of minis and naturals.

Well, there were that many. When I hand out the brown paper lunchbags of perfume I'm giving away, that will eliminate about a shoebox. Those were the easy kills; it's going to be much harder to get rid of enough to allow the rest to fit the containers.

I'm also changing the containers. I recently did a Scary Thing for which my reward to myself is usually a bottle of perfume, but that seems to defeat the purpose right now. So, instead, I ordered some insanely overpriced Pretty Boxes to replace the bread boxes. In theory, that should reduce the Jenga. I should be able to--for example--take down the Serge Lutens And Parfumerie Generale box, tilt back the hinged lid, and fish out the desired bottle from above.

Then I'll need to declutter the bread boxes. Will anyone want bread boxes that have spent perhaps fifteen years absorbing perfume fumes?

OK. Off to declutter more. If I post again any time soon, it'll probably be about that.