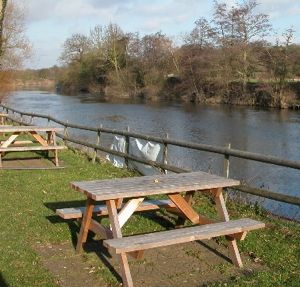 "A picnic doesn't have to be on grass. It can be on a picnic table."

"A meal on a picnic table isn't a picnic?"

"Did you miss the name?"

"It's not my problem if they mislabel a piece of furniture. A picnic requires that you sit on a flat surface. Preferably with a blanket. A meal eaten on one of those tripping hazards is a cookout."

"You have to climb over that support thing when you sit at a picnic table. I always trip."

"After how many beers?"

"None. Your burger's getting cold."

"They could use that as a sobriety test."

"The cops stop you, the breathalyzer's out of batteries, they pull the portable picnic table out of the trunk."

OK, so the daily blogging thing kind of fell down.

Then I caught a cold.

Which is still present.

Now that I've re-read everything by Josephine Tey, I'm starting over with Ngaio Marsh. 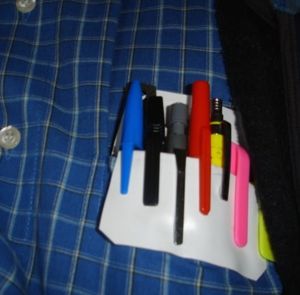 Image: Wikimedia Commons.
Posted by Martha at 11:30 PM No comments: 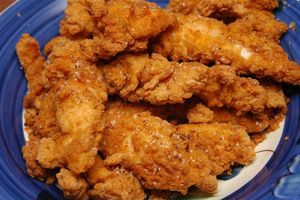 My brain is not particularly operational today. But it's not as if it's depressed or sleepy or tired. It's just sort of empty.

I seem to vaguely kinda recall this emptiness, in the past, preceding a creative period. Maybe. Like a sort of prodrome. So maybe I'm going to create something.

St. Cupcake is back.

Blue Star has a new location that isn't going to do the close-when-they-run-out-of-dough thing.

We're going to be spending a fair number of weekends in Portland. That's not cause and effect, it's just an additional fact.

Posted by Martha at 8:37 PM No comments:

Have you heard the actor who plays Orphan Black's Felix speaking in his real-world American accent? It's surreal.

Since I cut out Coke, I keep having a kinda-sorta-almost migraine. I'm tempted to cut out all caffeine and blast music while staring into a spotlight just to get the bleeping thing to come and go.

I read that migraines are often preceded with food cravings. Is that the reason for, well, the food cravings? Or is it just normal chicken gluttony? 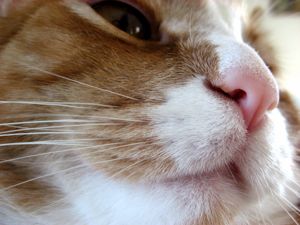 Too many new lines.

Why don't I write poems?

OK, I'm not sure if that counts as a poem. I prefer my foot Haiku.

In This House of Brede, by Rumer Godden.
Blue Plate Special, by Kate Christensen.
I'm still working on American Gods, by Neil Gaiman. I like it a lot, but for some reason I keep reading a few pages and then putting it down for a while.
The Blood Royal, by Barbara Cleverly.

I'm also reading Peopleware, by DeMarco and Lister.  It's unusual for me to find a "business" or technical book this engaging.  It's making me all opinionated about programming and corporate policies.

There are more chicken wings in the kitchen.

You may recall my determination to stop eating out of worry.  I do seem to be successfully worrying less, though in a "Meh; if I'm doomed, I'm doomed, no point in worrying about it" sort of way. The difficulty is that I'm also worrying less about what I eat. Oops.

I have maintained my no-Coke-drinking progress, but there's a lot of butter getting consumed. And an occasional doughnut. And when we spend Saturday in the park the candy store with the toffee is really nearby. I ate all these things in a cheerful and worry-free manner. This was not the plan.

Image: Wikimedia Commons.
Posted by Martha at 9:50 PM No comments: 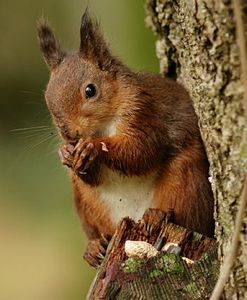 On the daily blogging, that is. I'm thinking of making a rule that if I haven't posted by, oh, 10pm every night, I have to click the "new post" button and type something.

Did I mention that I don't believe in writer's block? Doesn't exist, right? Right.

I've also been reading a lot of books by female authors in which they write about their writing.

I ate the chicken wings.