Rambling: On writing. Or making the first move. Or something. 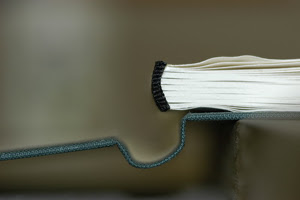 I want to write a book.

Not necessarily get a book published, though that is of course always on the mind when one thinks of writing a book. And in fact, that's...

OK, let's back up. I've always had a problem with taking the smallest risk of pushing myself in where I might not be welcome. And I don't mean a head-ducked, blushing, Elmer Fudd "awww..." kind of shyness, I mean, "Where the bleep would you get the idea that I wanted to be part of your bleeping club? Bleep off!" I don't mean that I don't appreciate people who welcome me in. For example, I love all you guys that read me on my blog, and you guys who welcome me on your blogs. That makes me all happy and fuzzy. No, I mean...

OK, here's an example: I remember, years and years ago when I was young, that an administrator on an online roleplaying site (MUSHes? MUDs? Heard of them? No? 'Sok, it doesn't really matter to the story.) once invited me to be a fellow administrator, and I said, well, thanks, but no--without going so far as to mention that I didn't want to be part of the grudge-of-the-week dysfunction that was the staff of that particular site. Or, really, most roleplaying sites. An administrator on a roleplaying site regulates the fantasies and artistic creations of teens and college students, and therefore occupies a position that requires the diplomacy and people skills of a very good junior high school principal or corporate manager. These positions are generally held by teens and college students. This can lead to badness.

Uh. Where was I? Oh, yes. So I politely turned the offer down, and the administrator came back to me a week or so later to tell me that they'd had a meeting and I had been turned down as an administrator. I suspect that my blood pressure went up to dangerous levels as I tried to explain that I never bleeping applied, all in online messages to a person who seemed to get only one message out of three, and that one usually forty minutes after it was sent, and often apparently read out of order. (Yet another reason to avoid staff responsibility on that particular site.) I was never able to get her to comprehend "you can't turn me down; I never applied!", and I still remember the absolute fury that I felt.

I used to assume that my aversion to being seen to ask for a welcome that might not be forthcoming came from my experiences in junior high, where I was one of Those Kids, one of the small number of designated scapegoats. More recently, I realize that I might have cause and effect reversed. Even in junior high, I wouldn't be caught dead trying to ingratiate myself with hostile kids, so that might very well have been the partial cause, rather than the result, of my scapegoat status.

For example, one of my other vivid memories in this category is of sitting down at a junior high cafeteria table to eat my lunchbox lunch, and having the table slowly fill up with kids in the Moderately Popular strata. The table got full, another one of those kids turned up, and it was made clear that I should run along so that said kid could occupy my chair. One of the girls said something along the lines of, "Well, we let you sit here this long..." with the clear implication that I ought to be blushingly grateful that they'd deigned to occupy the same table that I had bleeping sat at first! 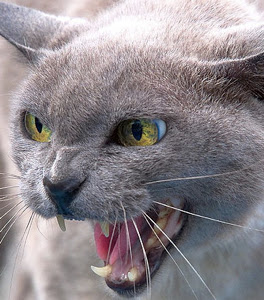 Maybe if I were more normal, I would have tried to win permission to sit in that chair, to charm the Moderately Popular? Maybe I would have been trying to ingratiate myself as the table filled up, so that I wouldn't have been asked to leave?

In accordance with my recent tendency to blame everything on Mom,  I wonder if this personality trait came from having a mother who just wasn't that into me. In my adult relationship with Mom, there was no emotional give and take--my job was to give advice and reassurance and a responsive listening ear to Mom, and then to give Mom gratitude for the opportunity to give Mom all those things. Mom didn't give back. I think--I hope--that I do give back, but perhaps in early childhood I learned that giving first was unlikely to be a wise investment, and I developed a lifetime aversion to doing so.

Drifting back to the original subject: Getting a book traditionally published would involve a great deal of asking for a welcome that's far from assured. Worse, it would involve spending a lot of time and thought and heartache on one offering, bazillions of hours of work that I would put on a plate and hold out, saying, "Please like me?"

Blog posts and forum posts and other little things are easier. I write it, I close my eyes, I throw it out in the world, and I run away fast.

It's not that I fear not being good enough. Or fear having the work rejected as garbage. If I were marching up to someone for an evaluation, a test, a rating, I could deal just fine with the possibility of failing. They could throw tomatoes at me while laughing hysterically, and I could shrug and wander home to do a rewrite. It's marching (via the post office) up to someone--an agent, a publisher--asking for a professional relationship, asking for a welcome...

But I want to write the bleeping book. So it looks like some mental housekeeping is in order.

I guess that is all. Somehow I thought this post would have more plot.

Gardening season has begun. Well, technically we're weeks away from the last frost date, which makes it gardening season to only a limited degree. However, today it was eighty degrees. Eighty. Possibly more; I was so stunned by the thermometer breaking out of the seventies that I didn't register the details.

So. What plants have I whimsically and irresponsibly purchased in the past few weeks? Have any of them actually been planted? Let's inventory:

Waiting:
Why am I saying all this? No clue. Garden babble.

Image: By Viktor. Wikimedia Commons.
Posted by Martha at 1:13 AM 2 comments: 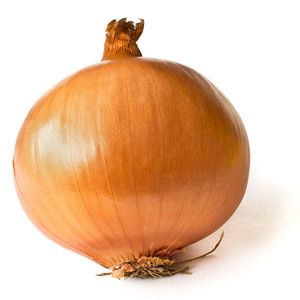 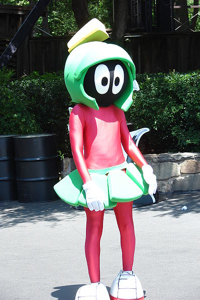 Posted by Martha at 2:13 PM No comments: