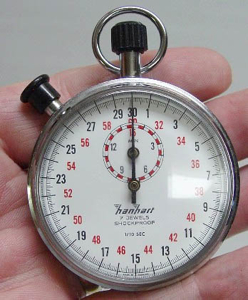 Did I ever mention that a large percentage of my lifetime writing hours were spent playing online roleplaying games? Not those modern fancy games with the expensive graphics, but the old-fashioned text-based kind, usually the kind with almost no interactive code at all, just a slightly glorified chatroom where people typed in poses for their characters in ordinary English.

It's not exactly a proud way to get any of your fiction-writing experience, but it sure does speed up the writing. When your turn to pose rolls around, you've got two or three minutes to come up with something before people start to get twitchy. Well, that is, you used to; most of those games are gone now, and I'm sad about that.

(I'm ignoring the games where everyone waited patiently for fifteen or twenty or thirty minutes for each player to come up with some extended vocabulary-bloated six-paragraph pose, not infrequently involving cerulean or indigo eyes, the games that eliminated all hope of spontanaeity and caused a simple tea-and-scones scene to be cut off and rescheduled and cut off and rescheduled so many times that finishing it in a real-world month qualified the group as models of efficiency. I never lasted long in those games. The writing might have been superior, but, noooo!)

So I spent hours a week, for years, writing in an environment where the draft, edit, and publish cycle was less than five minutes. And -- and this is what I'm really writing about -- an environment where the time between publishing and feedback was about thirty seconds. At least for the very best stuff, the really well-crafted line that rated an out of character laugh or quick line of praise, before the person offering the feedback got moving on their three minute publishing cycle.

Is it any wonder that I can't make myself sit down and quietly write a book? Tens of thousands of words without feedback? Are they mad? Heck, I usually can't even store my excess blog posts for times when my muse runs dry; once I write it I need to post it, now now now! Even when that means three posts in a day, as it does today.

I need you guys. You folks who read my blog and comment. Even when there's nothing to comment on, I know you're out there reading it. I can hear you breathing. I can't write without you.

Image: By Hydrargyrum. Wikimedia Commons.
Posted by Martha at 11:12 PM