Rambling: Decluttering and taking candy away from my id 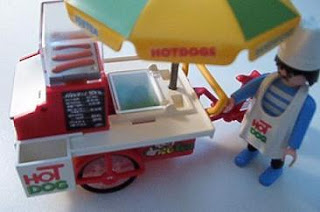 So, we did some decluttering today. Mainly, we dug into the bookshelves and ended up with stacks and stacks of books to sell to the used bookstore--I'd quickly estimate a couple of hundred. Added to that is a foot-high stack of old Threads magazines to give away, if I can persuade someone to value them as much as I used to. The same for several dozen issues of Fine Gardening, though those are just going to spend an afternoon at the foot of the driveway with a Free sign, and will end up in paper recycling if no one takes them. There's also a boxful of assorted magazines not worth trying to find a home for; they're going straight into paper recycling as soon as I work up the energy to go outdoors.

That's after several boxes of clothes that went to the Good Will a week or three ago. Oh, and a large armchair donated to an organization that had a place to use it.

In the garage are two bins of assorted cables and power cords, and at least one more box of books, and two or three boxes of stuff that we intended for a garage sale but might just give away, now that we're past garage sale weather. In other words, stuff is leaving.

But I'm still not satisfied. I want to get the whole house down to a neat, sparse, minimalist level Right Now This Very Minute If Not Sooner Please! And then I want to be done. I need to accept the reality that it doesn't work that way. Two of the decluttering lessons that I never quite seem to absorb are (1) if it took decades to acquire, you can't get rid of it in a day and (2) decluttered never stays decluttered. The only way to keep a house in reliably good shape is to keep stuff flowing out the door, every single day, or at least every single week.

I also continue to deny facts about myself and my Stuff habits. For example, I buy books like magazines. Oh, not all the time, but there are times, especially when I'm traveling and have no access to a library, that I buy a book because I need want something to play with and cheer me up right now. And then I deny that this is what I've done, because it seems like such an unforgivably wasteful thing to do.

If I go all logical, I can tell myself that it's not that bad. A softback book often costs less than going to a movie (and having a Coke and popcorn), and it generally provides more than two hours' worth of entertainment. If I look for more examples in the travelling context where many of these books are purchased, the book is often cheaper than even one drink from Room Service.

What I need to accept is that it's entirely possible for me to buy even a cooking or sewing or gardening book (reference books that I'd normally expect to keep permanently), play with it for a few hours, and then lose interest in it within the month. At which point I should give or sell it away rather than letting it sit around gathering dust in the hope that I'll get my money's worth out of it. I already got my money's worth, when it made me happy on a stressful trip. There's no point in trying to make it work overtime.

I may have mentioned that, years ago, I used to do the same thing with Playmobils. You know Playmobils? Those happy friendly little dolls and all the places and things that you can buy for them? Some of them are oddly frightening places and things, for a children's toy. I'm used to kids playing with guns and monsters, but an ambulance complete with a prostrate (but still smiling) Playmobil child on a stretcher, complete with an IV? Meep.

Anyway, I love Playmobils, and I most love unpacking them and putting all the little pieces together. Once that's done, much of the charm is gone. Years ago, after a bad day at work, I'd sometimes drive to the hobby shop and buy a smallish Playmobil toy, take it home, unwrap and assemble it, and pose it on a shelf somewhere. And then ignore it for the subsequent decade. I finally gave them all away (Didn't I? Is there still a bookboxfull somewhere?), but it's relatively recently that I realized that those Playmobils earned their keep in the first day of ownership, and there was no logical reason to hang on to them rather than passing them on to someone who would proceed to pass them on to small children. To me, a Playmobil is like a cocktail, only cheaper; it improves my mood for an hour, and then it's used up.

Now, I'm not writing this post to advocate the purchase of durable or semi-durable goods, only to treat them as extremely temporary entertainments. But I think that it is important for me to acknowledge it when, despite good intentions, I do exactly that. One thing worse than a disposable culture is a disposable culture that refuses to dispose.

As I've said many times on this blog, I have hoarder genes. I have a hoarder id, and sometimes I need to feed it books with pretty pictures, or brightly colored socks, or that Playmobil desert kit with the vulture (Always wanted that one! Why haven't I bought it?), or a bottle of perfume that was less than carefully considered. If I don't give it a snack now and then, it's likely to lock the ego in the closet and leave the superego whining ineffectually in the middle of the set of Hoarders.

Or something. You see what I mean? My strategy, unstated until now, is apparently to feed the id, wait until it's looking the other way, then box up its toys and send them to charity. It's not the most efficient strategy, but it seems to keep things under control.