Perfume: Communing With the Sample Hoard 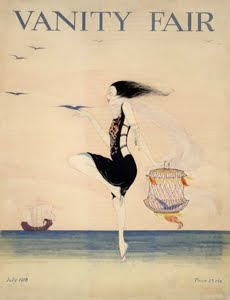 I've been separated from my sample hoard recently. We are now reunited. Celebration (and stinkiness) will ensue.

I love my sample hoard.

It's a smallar hoard than it was this summer, because I've been inflicting samples on the unwary right and left, in the hope of creating new perfume freaks.

This makes the hoard more focused and easier to spread out on my desk without baggies and vials falling off the side (as often). So I love it all the more.

In my earlier Must Try Everything!!! phase of perfume freakery, samples could be a source of anxiety. Gotta try it, gotta try it again, gotta test it through the drydown, gotta decide!! Aaaaaack! Now, I accept that I will never try everything, and that perfumery is not becoming a lost art. So I'm just going to play.

So what's in the hoard? What I haven't tested sufficiently, what I'm keeping until I can spring for a bottle, and what I'm in denial about. I'm going to type as I play with the bags and vials, and inflict a very long post on you.


In an orderly fashion, I start with the A to C Meta Baggie: 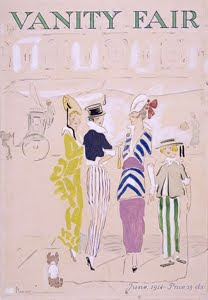 First we have the CB I Hate Perfume sub-baggie, with several little 2ml oil minis. I was stressed when I sent off for these samples, so there's some zen - Walking In The Air, Just Breathe, Cedarwood Tea, The Fir Tree. Now I'm in winter holiday mood, so I want to try In The Library and Greenbriar 1968.

And Burning Leaves is on the Someday Bottle List. I love Burning Leaves; it's one of the things that's right with modern perfume. I also love Tea/Rose, but I rarely wear it, so the craving for a bottle must be ignored.

The L'Artisan Parfumeur baggie is thinned down to Dzing! and Dzongkha, candidates for the List. Oddly, Bandit has inspired craving for Dzing! It's the clean sweaty animal thing that they have in common.

There's a baggie of Chanel samples from Paris, brought back by the same very good friend that brought back the Chanel No. 19 dabber bottles. Paris. Ooh. They're not going anywhere.

There's almost every Comme des Garcons sample I've ever had, even the ones I don't like. It's a weird and varied house, and I like to have the "reference" samples at hand. I love some of the ones that I can't possibly imagine buying a bottle of - Garage, and Tar, and Dry Clean. (Actually, I can imagine buying a bottle of Tar. Easily.) Kyoto, my second favorite incense after Serge Noire, is on the List.

There's the Bois 1920 baggie. They're one of my favorite houses - if it weren't for that pesky budget thing, I'd have a row of those gorgeous bottles, every scent they make, marching across a bookshelf. Fiscal responsibility has so far limited me to one, Sushi Imperiale, though Sutra Ylang is on the List. I hesitate to even try the vial of Real Patchouly, because (1) I will want it, (2) fiscal responsibility stares me in the face and (3) Himself hates patchouli with a fiery passion and I already want a bottle of Le Labo Patchouli 24. 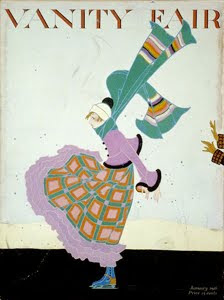 Moving on to the D to N Meta Meta Baggie:

The Diptyque baggie is all about denial. So far, I do not like Tam Dau or L'Ombre Dans L'Eau. But I want to. I think that I should. So I hang on to the samples in the hope that someday I will. This is a bad strategy, because I did occasionally like Philosykos, enough to lure me into buying a bottle, and then I didn't like it enough to wear it. I love Diptyque, but I don't think it's my house.

I did accept the "you're not going to learn to like it" lesson with Serge Lutens. He used to fill two mini baggies to bulging; now he's down to five samples. Un Lys and A La Nuit in competition for one more killer floral slot in the wardrobe - Un Lys is winning right now. Black Orchid, in an altogether different baggie, is also in that competition. But it has too much similarity to Sushi Imperiale, of all things, to make it a likely winner.

I'm hanging on to Serge Lutens Fumerie Turque because, wow, that's good stuff, even if it would be functionally redundant with Serge Noire. And Cedre because I've somewhat softened my position of Tuberose Bad and I want to give it one more try. And Vetiver Oriental because I want to mature in vetiver appreciation. Those are my excuses and I'm sticking with them.

Moving on to the Parfums de Nicolai baggie, we're back into denial. This house has never yet worked for me, but it's so highly regarded that it will someday. Surely. So Number One, Vie de Chateau, and... hey, what's Saveur d'Artichaut doing in there? That belongs in Miscellaneous Gourmand. OK, so my denial stops at two samples. Could be worse. I gave away Fig Tea, which was Perfectly Nice, just as Philosykos is Perfectly Nice, but neither of them are going to be My fig.

A shiny new bag of Different Company samples. The only flaw here is that based on my experience with Sublime Balkiss, I may only get one test per sample. Ellena scents need to be lavishly sprayed.

And there's a bunch of Parfums MDCI samples. While I specifically requested these from LuckyScent, I'm not drawn to sample them. I think it's rebellion at the price of the fancy bottles - though that's illogical, because not only do they also offer plainer cheaper bottles, they have a nice set of generous-sized minis. They're offering a choice between full-on luxury and just getting your hands on the scent; why should I quibble? 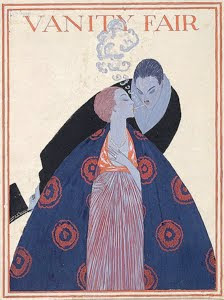 The O to Z Meta Baggie:

This is dominated by the Parfumerie Generale baggie. This is my house. Even the ones that I don't like at first, haunt me. It's another candidate for Row Of Bottles Across The Bookshelf. Harmatan Noir and Bois Blond and Musc Maori and Iris Oriental are all on the List. (See why it's the Someday List?) I want to learn to love Felanilla and even Bois de Copaiba. I'm hoping (I haven't tried it) that Jardins de Kerylos will finally be a fig perfume for me.

I'm afraid to try Parfumerie Generale Intrigant Patchouli, though if I fall in love at least it's less expensive than Real Patchouly, so I would spend less money to occasionally offend Himself.

And there's a new green woody thing coming up, Papyrus de Ciane, that I'm tempted to buy unsniffed. I always wanted a Parfumerie Generale green. I won't do it, but I wanna.

The Trumper & Penhaligon bag includes Trumper Extract Of Limes, one of my very first perfume samples. I like this stuff, but it never goes on the List. For that matter, I don't know if it's still made; I must check.

There's a baggie of Possets, barely touched. There's something buttery in the Possets base that was putting me off in the summer, but it occurs to me now that I might like it in the winter. And these are in the cheap thrill category.

And those Yosh perfume oils from Barney's. Gotta get back to sampling those. 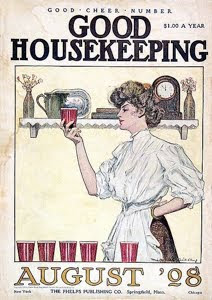 Then there's the Miscellaneous Meta Baggie:

This one needs a little cleaning out. It houses random stuff like Black Orchid waiting for yet another try, though as I said, it already lost the contest with Un Lys. And Lostmarch Lann-Ael, which makes me sad for no reason that I can explain, but I love the scent so I keep trying again.

And People of the Labyrinth Luctor et Emergo; I love it, but I can't make up my mind if that kaleidoscope of Play-Doh and cherries and less identifiable things justifies a full bottle. Also, Molinard Habanita - loved the scent, got a migraine. I love it enough to take the risk, but it's never quite the right day. And, of course, Fendi Thereoma.

Then there are the classics that are worth keeping for multiple tries. Specifically, tiny quarter-milliliters of Black Cashmere and vintage Mitsouko parfum. And a half-mil of vintage Vent Vert - green and dark and sinister and lovely, and I'm waiting to work up my courage to pick an eBay seller.

I love my sample hoard. Would anyone care to talk about theirs?