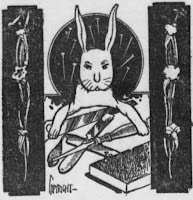 (I wrote this to demonstrate a concept on a writing forum. Then the blog looked hungry, so why not?)

Jane's front door was open. She had locked it--she always locked it, and checked it, and sometimes came back from the car to check it again. Rebecca was always talking about OCD and a therapist, but was reduced anxiety worthwhile if it meant a laissez-faire attitude about locking doors?

Jane stared blankly at the door for a moment, then dumped the groceries on the step and rushed inside. She passed by the phone, she ignored the gun cabinet. She didn't stop, she felt as if she didn't breathe, until she was standing by the opened third drawer of the dresser in the second floor guest room, holding a threadbare stuffed rabbit. Then she released a breath. Muffy was fine.

At lunch later that morning, Rebecca asked, "You thought that burglars had come and stolen a twenty-year-old stuffed rabbit?

"Thirty-two. My father got Muffy for me the day I was born."

Rebecca's tone was a fraction gentler, but the effort to keep it that way was apparent. "Hon, you are not Elvis Presley. No one is stealing artifacts of your childhood. Next time you need to call the police. Hon? Are you listening?"

Image: Wikimedia Commons.
Posted by Martha at 10:12 AM No comments:

So, I've already drawn an alarmingly optimistic plan that involves tilling row 6, half of row 7, and the weedy ends of rows 8 and 9.


I should get a grip.

I occasionally tally up the things that can be harvested late and stored, to make myself feel less wildly irresponsible:
It's a short list. I don't really feel less irresponsible. Now, the Armenian cucumbers and Costata Romanesco squash are at least harmless--they'll just sit there and turn into useless dry, hard things. The same for the peas. (For all I know the peas might even be decent dry peas, but I doubt it. I'll look them up.) My concern is all those tomatoes.

But I don't seem to be erasing anything yet.

Many of the tomatoes are dryfarm experiments, after all. So most of them could just fail. Right?

So, most of the top farm priorities are mostly done. This is well ahead of where I expected to by today. (Thanks, Cynthia! Cynthia did almost all the work.)

So, as of yesterday rows 10 and 11 are tilled and mostly ready (woohoo!) for us to insert seeds. I say "mostly" because in some cases we still have to do a little minor cutting of fabric and arranging of already-hooked-up drip lines. Those rows are ready to take:

What's next? There are a few items remaining from the original plan:
What next next? Is it OK to plant more? Didn't I promise to make this the simple garden? Hmm.

For now, that is all. 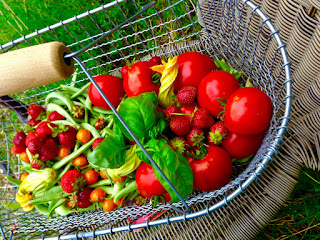 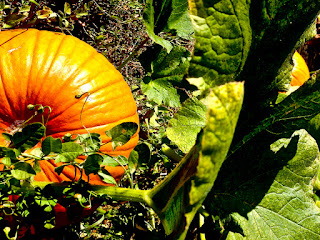 When it gets warm, all I can think of is what I'm going to plant.

I already blogged on the topic. But I can't plant any of it until next weekend, so my brain keeps spinning.

And I ordered seeds. Bad chicken! Not nearly as many as usual. But too many. So let's list 'em. Because.

I also have many, many seeds from last year.

As previously discussed, I really need to force myself to prioritize. Let's list those priorities. The idea is that the ground must be prepped for each priority before I can move on. Except I'm cheating on that with the potatoes; they're really a lower priority than the beans.

I feel the need to define my watering rules, before I start the list:
So, the priorities?
I could keep going, but it's very unlikely that I'll get this far.

I'm also torn about my favorite Copra onions; I'm almost too late, or possibly already too late, to order plants, so I'll have to order them before I decide whether I'm going to plant them. If I added them, I'd probably insert them between the tomatoes and the second set of potatoes.

I think that's all.