Well, it's been a while. So I randomly ramble.

I've been trying to write fiction more, whether I'm inspired or not and whether it's good or not.

I also sent off for a magazine of short stories and essays, to see what they publish, on the theory that maybe perhaps possibly I might start submitting pieces. Eventually. Before the next ice age.

I'm uncertain about all my conclusions in this post, aren't I?

The reason I say "I think" is that sometimes I write something in the uninspired way, laboriously carving all the words and sticking them together with chewing-gum, and then when I read it again it feels as if I was kinda inspired. And sometimes I have that inspired feeling, with the words bubbling up and arranging themselves effortlessly, and the result looks like junk.

So maybe inspiration is just about how much fun it is, and not how good it is.

That's actually rather depressing. Because I was hoping that I'd eventually find a way to get inspiration to come...well, not on call, but at least more often than once in a blue moon, and that writing fiction would be more fun at those times. Maybe it's going to always be about chewing-gum.

Sometimes my brain is just busy. Like a washer on spin cycle. It's not really happy, but it's not all that unhappy either. It just spins, madly.

Sometimes my brain spins like a washer on spin cycle that's been loaded with just one really big heavy beach towel and starts to make that THUMP THUMP THUMP sound that makes you leap out of your chair from across the house and rush in to adjust the load before the washer sprouts legs and crashes through a wall and gets into a battle with King Kong.

Today is one of those times. So was yesterday. I don't have big hopes for  tomorrow either. During those times I have to keep reminding myself that I'm not qualified to think. Well, that is, I'm not qualified to evaluate worries. Or risks. Or probabilities. I need to establish a mindset that can eat buttered popcorn while the world ends, because I can't make the world stop looking like it's ending.

Image: Wikimedia Commons.
Posted by Martha at 9:19 PM No comments: 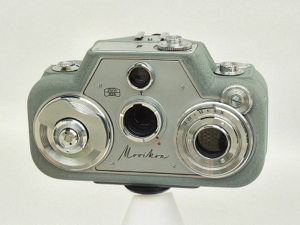 The professor looked up from her desk. “Jane! Good morning. How is your boyfriend?”

Another blink. “He's...fine. I didn't realize that you and he had met?"

A cautious nod, and then Jane asked, "Do you think we could talk about what you explained in class about friction and chatter? I’ve been reading about phonon modes and…well, I’m lost.”

“Ah. I spoke to James about that just last week—James Simpson, he’s in the other lab section. Perhaps you could ask him."

Jane said, “Well, but you're the professor--I mean, if you’re too busy, I could talk to one of the TAs.”

Professor West shook her head. “I’m afraid that Henry is out of town this week--a death in the family."

“Right, but I just saw Mary down the hall--I can ask her.”

“Jane.” The syllable was firm, flat, and disapproving.

"You know the rules."

Jane shook her head, "What rules? Why would--"

"That's quite enough." The stern tone gave way to a bright chirp as she continued, "By the way, did you see my husband's new car?"

Blink. Blink. And yet another blink. Jane moved toward the door. "Excuse me. Nice to talk to you."

"Do remember me to your father."

"So I was just trying to ask Professor West about friction and chatter, and she was...I guess really busy, but she didn't seem to think I should talk to you. Are you really busy?"

Mary shook her head. "No, it's fine. She just has a little trouble working around the rules--the older generation, you know. I was just telling my boyfriend that. Keith, I mean."

"He got home really late last night, and had the worst hangover this morning. Keith, I mean. So what were you trying to ask her about?"

"The whole controversy about phonon modes and...well, I can't even remember the other theory. Chatter, slip-stick, coefficient of friction. I understand how to use the formulas, but the actual mechanism--"

Mary interrupted. "Yes, it's messy. I'll email you some articles, and a picture of Keith."

Jane blinked some more, and nodded. Slowly. "Thank you. Um. I mean, for the articles. But why the picture?"

Mary took a breath. Voice lowered, "Jane. Look. If you won't follow the spirit, at least follow the letter. You may not care about being written out, but I do." Louder, "Oh, and he just got a haircut. Keith, I mean. My boyfriend."

Mary turned back to her computer and brought a browser window forward. In louder, cheerful tones, "So what did you think of Obama's speech?"

"Jane, I think that it's best if you speak to Henry next time."

Jane pointed to a plastic-wrapped hunk of banana bread. Loudly, over the cafeteria din, "Is it gluten free?"

The cashier picked up the package and peered at the label over her glasses, "It's my husband's favorite thing, banana bread."

"My son always likes it, too."

The cashier dropped the banana bread. "Excuse me. This register is closed. David will check you out."

"Oh, that's great--you got the spot out. You really are the best cleaners. What's your secret?"

The clerk pushed her glasses up. "I bet your boyfriend likes you in this shirt."

Jane extended a twenty, then slowly pulled the hand back. A pause. Then, "Did you launder it or dry clean it?"

The clerk asked, "Are you going out with him tonight?"

Jane folded her arms, money still clutched in one hand. "Do you have different techniques for different kinds of spots?"

The clerk smiled. Stiffly. "What does he do for a living?"

Jane smiled back, even less convincingly. "What would you do for a grease spot?"

And still more smiling from the clerk. "You go to the university, huh? How does your father feel about that?"

Again, "What would you do for a grease spot?"

"Do you take after him? Your father, I mean?"

"What would you do for a grease spot?"

The clerk extended the shirt toward Jane. "On the house. I hope your boyfriend likes you in it."

Jane stared, brows furrowed, and finally put the bill down on the counter. She shouldered her purse, took the shirt, and muttered, "Keep the change," as she headed for the door.

The clerk's smile remained ever so bright. Loudly, "That's very generous of you. Your husband must make a good living!"

Jane looked back, nodding vaguely, and shook her head as she started to cross the street. She never even saw the car.

The cop tucked her notebook away, shaking her head as she studied Jane's body. "Hit and run. Her poor father."

The medical examiner nodded as she packed away her instruments. "So what are you and Joe doing this weekend?" 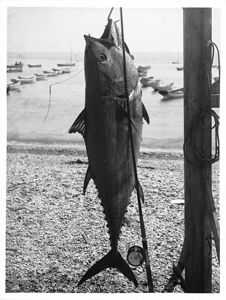