SOTD: Not Quite Everything 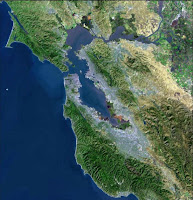 So, we went to Barneys in San Francisco. To put it another way, I went to the toy store! (Picture excited bouncing.) We went to several other places in San Francisco, which I may well be posting about, but this ramble is about the Barneys trip.

Barneys has perfume. Barneys has all sorts of perfume. If a perfume house has an exclusive, it seems that odds are it's with Barneys.

Though, sadly, they do not have Parfumerie Generale. I wish they'd get on that. Not as an exclusive, of course; I wish everybody would stock Parfumerie Generale. The CVS pharmacy down the street would be a nice start. Or the Safeway. Or, for that matter, the local Chinese takeout. I want all the opportunities to sniff Parfumerie Generale that I can get, and for now I'm limited to samples and longing thoughts of The Perfume Shoppe in Vancouver. And LuckyScent in Los Angeles, but it's hard to work up a realistic longing for LuckyScent because I've never seen the place. Though there are pictures. Here. Look at that place! (Scroll down to see bottles and bottles and bottles.)

Anyway, returning to Barneys - they're nice. OK, admittedly, I've never entered Barneys in grubbies, which is an essential part of the "niceness" test. Neiman Marcus in Palo Alto, for example, has passed that test. But I nevertheless remain an un-made-up, not particularly fashionable, not particularly young, woman, and they've always made me feel that they're delighted that I came in.

And they leave you alone when it's clear that you want to be left alone.  And if you can't find something, they swoop, they find it, and then they once again read the left-alone signal and they run away.

It's becoming clear that I enjoy Barneys, right?

So. Went to Barneys. Sniffing ensued.


I tried to exercise some control, so that I would remember at least a few of the fragrances. I even went in with a list.  But order gave way to chaos rather quickly. I did control the amount that I sprayed on my skin, since Himself would have to sit next to me in a theater afterward, but otherwise it was madness.

Le Labo Ambrette 9: This is advertised as a perfume for babies and mothers, an interesting concept. They even have a no-alcohol version, presumably for the baby. But I've wanted to smell a primarily ambrette perfume, so it was on my list.

Ambrette seeds produce a musk scent, which I always found to be an appealing idea - instead of tormenting or killing anything to get at their musk glands, or even creating a synthetic imitation of having gotten at their musk glands, you get a similar scent from a plant. Now, I don't know how often real ambrette seeds are used, as opposed to a synthetic imitation of the ambrette seeds. But, still, if you're going into full-flight fantasizing of where your perfume came from, it's nice if nothing's dead in the fantasy.

So the perfume itself was really very nice. It was a simple, comforting scent, as you'd expect for a baby, but it wasn't a fruit or flowers "little girl" perfume. It was a nice, gently sweet scent, less like a perfume than like enhancing the natural way that the skin itself smells. I assume that that's the idea. The reviewer at Perfume-Smellin' Things detects notes that I just can't get, and offers a more detailed impression. The same for Legerdenez.

Le Labo Rose 31: I'm still looking for the perfect rose. I couldn't remember why I didn't like this one, so I wanted to try it again. I remembered when I did - it's a lovely spicy rose scent with some darkness, and I don't like spice or much darkness with my rose. I have trouble describing what I don't like, so I'll leave it at that and point to Now Smell This for a review and Perfume-Smellin' Things for a discussion of the whole dark rose concept. By the way, Le Labo has a laundry detergent in this scent. Freaky.

Bois 1920 Venti di Fiori: This seemed almost startlingly traditional, like a very fine piece of furniture that you can only distinguish from true vintage because the maker disdains the idea of adding fake-antique flaws. Or something like that. It's a "classic chypre" and I'm pleased to know that my perfume knowledge has progressed to the point that I can recognize this category. It's a little dry for me, and not quite green enough, so I don't have a desperate need to own it - which, at the price, is a very good thing. Searching for reviews, I offer the Fragrantica page and Nathan Branch (and look at that bottle!) and Perfume Posse.

Comme des Garcons + Daphne Guiness Daphne: I wasn't sure if this would be fabulous, or drown me in girly-perfume. Instead, somewhat to my surprise, I don't get it. At all. It was... OK, I don't get it. It didn't make a strong impression. It didn't make a bad impression. It wasn't generic girly-perfume. I don't get it. Maybe I'm asnomic to some part of it? Or...on further thought, read on to the next perfume for more discussion of Don't Get It. Anyway, Angela at Now Smell This loved Daphne, so you can read her impressions. I need to get a sample. Right now, all I can tell you is that I love the bottle.

Frederic Malle Le Parfum de Therese: This is one of those well-known, well-loved niche perfumes. Here are the reviews at Bois de Jasmin and Now Smell This that intrigued me, and it's frequently mentioned on perfume forums. I feel that I ought to love it, which is always dangerous.

There's an odd phenomenon that I experience with some perfumes. When I first smell the top notes of these perfumes I can't get any coherent idea of what they smell like until I get to the drydown and beyond, and absorb the whole package for several hours. Then when I smell those same top notes again, they come together on the first sniff and I can't imagine why I was confused. It's as if during those several hours, neurons in my brain were bustling around rearranging themselves, enabling me to perceive something new.

For example, when I first smelled Serge Lutens Serge Noire, I got a lot of sharp bitterness, a sort of camphor scent, and no overall impression at all. Then it dried down and got to the black-dust-blowing-in-a-desert-storm core that I love. Then when I tried it again, I could immediately "smell" that core from the beginning.  The same is true of Chanel No. 19, though in this case I had to smell the drydown of the parfum before I could "get" the top notes of the eau de toilette. I still infinitely prefer the parfum, but now I can smell the echo of it in the weaker strengths. If the parfum went away forever, then after I was done picketing Chanel I would wear the EDT.

All of this is leading up to the fact that I don't "get" Parfum de Therese at all yet. I can smell pepper, and I can "see" wood under there, and something herbal, and I can't detect the fruit yet. But I can't really smell it or remember it. I'm clearly going to have to wear it for several hours before it comes together and I have any hope of understanding why people love it so much.

Frederic Malle Noir Epices: This one, on the other hand, I love at first sniff but not later. I've had several "first sniffs" of it, and each time was amazed that it smells exactly like a sweet fruity white wine to me. German Riesling perfume.  So I finally tried it on skin and wore it around for a few hours and, sadly, the Riesling disappears almost immediately. It's sharp, unsweet, and not the least bit eager to please, and in this one that doesn't work for me. So I'll offer The Non-Blonde's review, because she likes it, and a review from PereDePierre, who finds it challenging, and move on.

Frederic Malle Carnal Flower: Now that Parfumerie General's Tubereuse Couture has let me know that I can like a tuberose, I'm retrying the other tuberoses. So far, Tubereuse Couture remains the only exception - Carnal Flower is what it was to my nose, tuberose and tuberose and just indolic enough to make me uneasy and not enough to be daring, and my response is still lukewarm. So I offer reviews from Now Smell This and Sweet Diva and Bois de Jasmin and Perfume-Smellin' Things and For The Love Of Perfume and The Scented Salamander and everyone's reviewed this thing!

So by then, my nose was well and truly gone.

And, after roughly fifteen months of debating (I wanted to wait from winter to winter, in case my taste changed), I bought Bois 1920 Sushi Imperiale! Woohoo! I'll be discussing this later. And the Nice Man At Barneys gave me several samples of Yosh perfume oils, which I will no doubt be opinionating about.