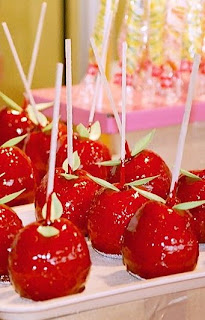 Halloween is coming, so my mind turns to candy.

Now, not much of this is candy that I would give to trick-or-treaters. It's the stuff I'd eat after closing the door on the little goblins and witches and Nixons and starting the horror movie back up.

Southern Candymakers Turtles. I can't remember who it was that said that to children, the possession of turtles, the ability to buy turtles whenever you want, represents ultimate riches. Southern Candymakers makes the very best turtles (well, they call them tortues) I've ever had. I prefer the simplest version - caramel and pecans with just a topping of dark chocolate - but they make them in many elaborate variations. They also make other things that I'm sure are fabulous. I've just never looked at them.

Twila's English Toffee. Thin, crunchy toffee, your choice of milk or dark chocolate. Eat it out of the fridge for even better crunch.

Heath Bars. The king of the chocolate that you can get at the checkout. A salesman that my father worked with used to give him boxes of these. I don't know how much this influenced my father, but it sure won over us kids. Put these in the fridge, too.

After Eight Mints. The queen of checkout chocolate.

Junior Mints. OK, these are somewhere in the royal family, too.

Teuscher. Chocolates. Yum. The mint truffle wrapped in green foil is my favorite.

Lindt Lindor Chocolate Mint Balls. OK, these are the emperors of checkout chocolate. Yeah, Lindt makes many other wonderful things, but if you have the mint balls, why would you need anything else? Except milk. And a fridge. Put these in the fridge, too.

There's more, I'm quite sure, but my mind is in a purely fantasy-induced sugar haze. Perhaps I'll be updating later with more. I might even remember something that doesn't include chocolate.