It's fall. The garden knows it's time to sleep. So like any sensible toddler, it's going to make some noise first. I can't resist the temptation to offer a couple of photos of its best tricks. But I know what baby pictures can be like, so feel free to just scroll on without clicking.


Sally Holmes Rose: I love Sally Holmes. She's tough - she tolerated two moves in three years with barely a hiccup. She grows rapidly up and out in a tall, healthy if occasionally untidy, shrub shape. (Some people call her a climber, but I don't see it.)

When inclined to metaphors, I think of this plant as a dog - while Japanese Anemones, for example, who take their sweet time and then pose in self-disciplined, graceful elegance, are more like cats. She's well-behaved and appreciative of any little bit of attention, producing a regular supply of clean, cheerful, well-formed single white roses all summer.

But I love Sally Holmes best in fall, when she produces this full-tilt, pink-dusted late-autumn frenzy. 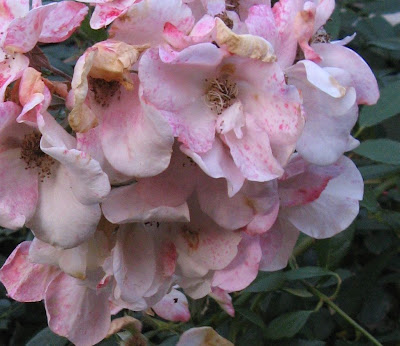 The... um... That shrub: OK, I don't know what this shrub called. We call it The Burning Bush, but that's its nickname, for obvious reasons, not anything, as far as we know, that was ever found on its nursery tag. It's a globe-shaped monster, once a modest little size but now at least two feet taller than me. It's a few steps away from Sally Holmes, egging her on, and blazing away like this. 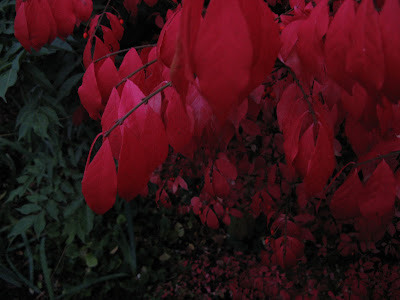 It's one of the few plants in the garden that can hold its own against the wisteria - and even the house fears the wisteria.

Around the corner are the Japanese Anemones, most importantly Honorine Jobert. To me, very few things are more beautiful. 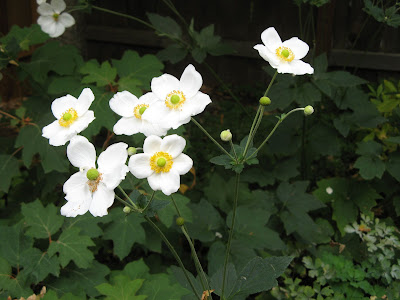 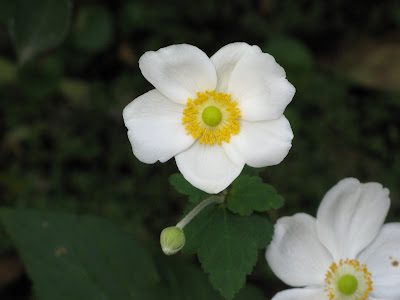 But the pink Anemones (Alice? Victor Jones? Surely it's in my notes somewhere) are lovely as well. 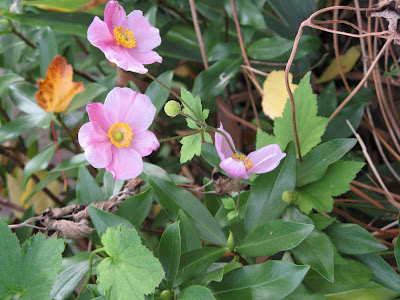 A single-flowered white rose grows by the gate, with the finest scent of anything in the garden. I hope that those notes can tell me its name as well - I thought it was Trier, but research tells me that I'm wrong: 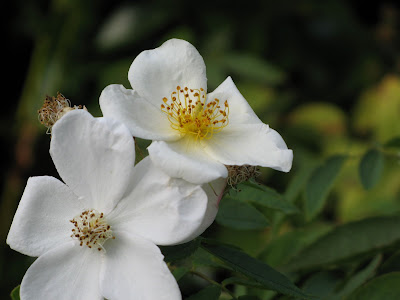 A pink splash from another hopefully-named-somewhere rose, one that's barely been heard from for years due to remodels and revamping, but has certainly come back full force this year: 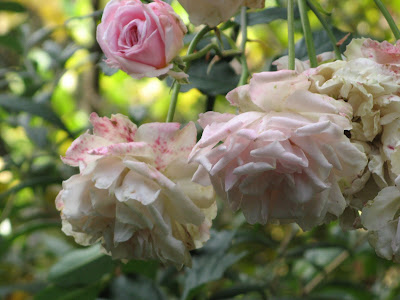 And a hybrid musk (I'll find the notes! I promise) that's hit its stride this year, eagerly doing its best to swallow the shed and giving the-rose-that-isn't-Trier a challenge to its scent quality dominance: 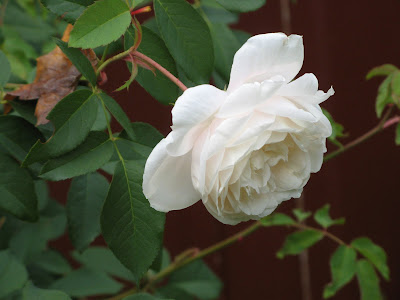 Even the Swiss chard seems to be putting on its best final show: 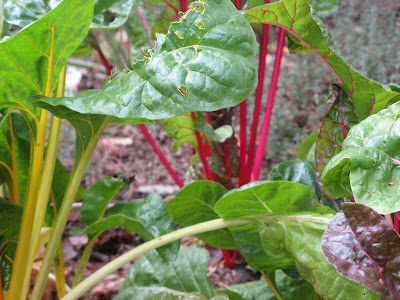 And the very last raspberry, for that matter: 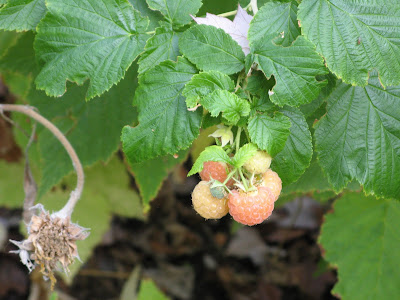 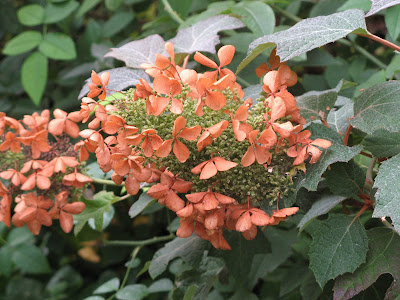 But today, I'm in love enough with the garden to gaze admiringly at the dirty wheelbarrow. So I'll present its portrait, and stop brandishing photos at you, at least for the day: 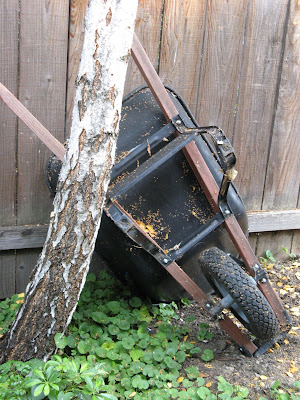