Clothes and Books: The Thoughtful Dresser by Linda Grant 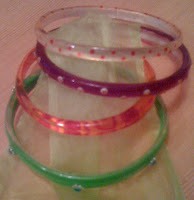 And it's all Linda Grant's fault.

Linda Grant is the author of The Thoughtful Dresser, a book about clothes. The second title is "The Art of Adornment, The Pleasure of Shopping, and Why Clothes Matter". The author has a website by the same name, so she may already be old news to all of you, but I just picked up the book on a whim, so it's new to me.

Well, it's several things, but let's get back to the book, and perhaps return to me later. It's an absorbing book, one that shifts from topic to topic in an apparently meandering, random-conversation sort of way. But when I was done I had the sense that I had just walked through a precisely crafted path, rather like one of those meditation mazes that turn you around and around, giving you many different views of the same place.

It started with a red high-heeled shoe in the museum at Auschwitz. And while that image was still filling my mind, the  assertion that "you can't have depths without surfaces". And then it went on to pursue that argument - the argument that the surface formed by clothes and fashion is an important one, and that the men and women that dismiss it for various reasons, whether honorable or self-serving, are just wrong.

It ambles from topic to topic. The historical significance of handbags. The invisibility of women over fifty. The overweight male couturier who sneers at women over size six. Traversing the class system through changing dress codes. Self adornment among the ancients. Dressing to appease the ancient gods or the modern hiring manager. Foot binding. Liptstick in the Blitz. Glamor. The rise and fall of the New Look. The shame of nudity.

And it keeps returning to that red shoe, and to a woman who survived Auschwitz because of a hat.

It feels odd to return from the depths to, again, clothes. But it is consistent with the thesis of the book, and the book is what I'm writing about.

So. So, returning to me, why do I behave as if I'm not interested in clothes? I originally typed here that I'm a person of limited style sense and far from ideal figure, and as such the amount of effort and money required to dress well is more than I'm willing to invest. Blah, blah, blah.

And that's all true. But, really, I think it comes down to the belief that, appearance-wise, I'm just not worth dressing up. I have a deep-down notion that if I were to make any perceptible fashion effort, small children would point and laugh.

That looks like a thought that's worth knocking down. So, bangles and linen today, as a start. And I'll be posting, as I think about it a little more.