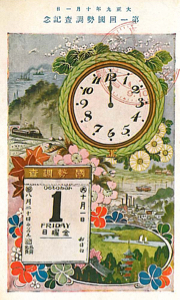 (1) Crops that are flexible about harvest time, that store for a long time, that I will actually eat. For me, this category is dominated by alliums. Garlic, shallots, potato onions, bulb onions (both overwintering and main-season.) All the oniony things that dry down into nice storable roots. But if the parch corn and the Candystick delicatas are a success this year, they will also be in this category. Potatoes would be in this category if I could solve the problem of weeding. I have a tentative scheme for that that I may post about sometime.

(2) Impatient quick-growing crops that I will eat. This is mainly lettuce and various greens grown for baby leaves, but may also include radishes, baby beets, and...well, probably other things. While there's always a risk that I won't catch these at the right time to eat them, their quick-growing nature limits the loss if a gamble fails.


I'm trying to grow less of:

(3) Long-season crops that are impatient about harvest. Tomatoes, summer squash and zucchini, sweet corn, snap beans, peppers, eggplant, cucumbers, and any number of others take a good long time to produce, and if you're not there to eat the product, you've wasted that ground for that season.

We will be growing some crops in category 3, because we love snap beans and Armenian cucumbers and it's hard to imagine growing a big garden and not having any tomatoes. So I'll try to grow the least impatient cultivars.

Armenian cucumbers are already pretty good--they seem to bounce back nicely after oversized fruits have been removed. Last year's dryfarmed Early Girls held for a very long time on the plant, and another very long time in the house. I've read that Fortex beans have a pretty long edible period, from tiny strings to long long beans.

(I feel as if I've already written most of that last paragraph. But I don't see that I've posted it. Hmm.)

So the category 3 crops will probably consist of:
Um. That seems to be all.
Image: Wikimedia Commons.
Posted by Martha at 9:14 PM