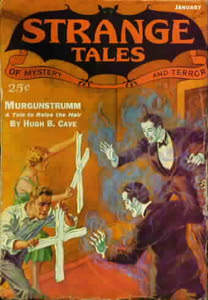 So, there was that scene in Buffy, where Buffy killed a demon, and they were all standing around looking at its body, and Willow said, "Isn't he gonna go poof?" But, no, unlike the vampires, the demon failed to collapse into easy no-muss-no-explanations dust, and they had to drag him off to bury him.

Yes, it's relevant. Give me a sec.

Some garden crops don't get harvested. It's just the way it is. The spare zucchini, cucumbers, big tomatoes during tomato glut, that sort of thing. They don't get harvested, and then they just sit there on the plant slowly getting soft, and eventually getting all disgusting and furry or winey or vinegary, or they exude the "what died?" odor of a sidewalk covered in decaying figs. These crops are impatient in a particularly unpleasant way.

But some unharvested crops aren't like that. Instead, they go poof. This is a relatively good thing. While of course it would be nicer for all crops to wait patiently in prime condition until the gardener gets around to them, poof is much better than furry.

What, precisely, do I mean by poof? Well, consider Sungold cherry tomatoes, for example. They sit on the tomato for a while, and when they're done waiting, they fall off. But they don't squelch on the ground and get furry; they just sort of dry down and eventually melt into the soil, causing no more trouble than, say, raisins. The same is generally true of raspberries, blueberries, blackberries, huckleberries, and the like. Actually, huckleberries are so small that I'm not sure what happens to them. It's possible that they dry up and cling to the bush until winter, the way that I think currants do. But currants are no trouble either.

My point is that the gardener doesn't actually have to do anything about these crops, aside from feeling vaguely guilty about not having harvested them. Which raises the obvious question: Why grow them if you're not going to eat them? They're still consuming land and water and fertilizer.

The answer is that some crops are so good that they're worth having around even if you only get a fraction of them. Many people would include Sungold tomatoes in that category; I don't know if I would. But I would definitely include most of those berries.

I'd especially include strawberries, though those aren't quite so reliable at going poof. In an under-watered strawberry patch, the strawberries are small (but still delicious) and usually do just dry up and fall off if they sit unclaimed. In a lush thriving patch, the berries are likely to be big enough to at least occasionally go furry.

Anyway. My point is that crops that go poof can be perfectly good average, if not precisely admirable, citizens in a patient garden.