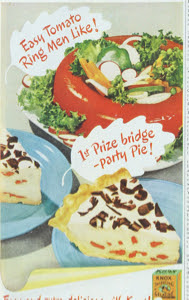 As previously discussed, garlic waits patiently to be harvested. Lettuce, on the other hand, shrieks "Pick me! Pick me! PICK ME! OK, fine, I'm gonna bolt." But I want salad greens, including lettuce, whenever I want them. Even if I've been away for a month. I am unreasonable and demanding.

So, I start planning.  Googling suggests that in warm weather, lettuce goes from seed to baby leaves in about thirty days, and to a head in another twenty or so days after that. The heads may hold for a week or three. And cut-and-come-again lettuce, again according to Google, usually produces fresh leaves about two weeks after being cut. I do realize that these numbers vary by lettuce variety and temperature. I'm just using them to work with.

So let's say that I'm going away for a month in warm weather, I don't want any lettuce to go to waste, but I want some to eat right before I leave and right after I get back. Let's say that the farm contains recently-planted lettuce seeds, month-old baby plants, and maturing plants of head and leaf lettuce. I leave the seeds alone (or plant seeds, if there aren't any in the ground), leave the babies alone or maybe thin them a bit for the coming month of growth, give any large leaf lettuce plants a haircut, and harvest any mature heads of heading types. That's all probably too much lettuce, so I schedule a morning hour to run the extra by the food bank.

When I come back, the former seeds are now baby leaves, the former babies have been heads or large plants for about a week, and the former large cut-and-come-again plants have sprouted new leaves that are now about two weeks old. Most of that will probably be nicely edible, at least if I've chosen reasonably heat-tolerant lettuce. If the heads have that threatening pointy I'm-gonna-bolt posture, I may again run some by the food bank. And I try to get some new seeds in the ground in the next week or two.

What if I'm coming back in one or two weeks? I do pretty much the same thing, without the thinning. What if the weather is cooler? I only cut the biggest heads, because everything will be growing slowly.

Sounds easy. We'll see if I mock this post next year.

It all means that I need to devote a fair bit of space to lettuce, enough to allow me to have room for seeds, babies, maturing cutting lettuce, and maturing heads, all simultaneously. And since I don't want to have to rush to harvest and prep and seed, I probably want double or triple that number of "spots" so that there will usually be one or two ready for seeding at any given time. So let's say twelve drills, three drills per bed, four beds of lettuce.

That was for warm weather. In the winter, lettuce will grow much more slowly, so those twelve drills, adding up to seventy-two equivalent-row-feet of lettuce, would come in handy if I got them seeded at just the right times--in time to make decent teenage lettuces before it gets cold, lettuces that can then grow slowly and be eaten through the winter. I think. I'm not really at all sure.

I'm looking at the Twin Oaks Lettuce Log from Sustainable Market Farming by Pam Dawling. She grows in zone 7a in Virginia; I grow in zone 7a in Ashland.  Judging from the log of seeding, transplanting, and harvesting times, lettuce planted in late summer for winter lacks the "I'll get to it when I get to it" vibe that I'd like in a patient garden. But I'm hoping that the rest of the year, and the harvest, will be reasonably leisurely.

The late-summer lettuce planted so far this year includes twelve feet of a nice butterhead whose name escapes me, seeded in early August. And six feet of that same butterhead and eighteen feet of Tom Thumb, seeded in late August.

I'll plant another nine or eighteen feet of some sort of leaf lettuce in late September.  I ordered seeds! Seeeeeds! Galiano, Hampton, Italienischer, Merlot, and Mottistone. Reds and greens and speckles, rumply or frizzy or oakleafy. I hope it all works.

Image: Wikimedia Commons.
Posted by Martha at 12:37 AM