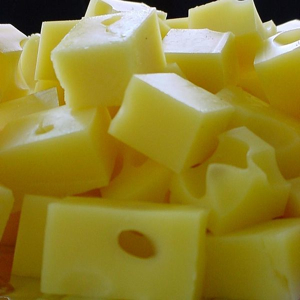 Do you watch Lie To Me? I loved the moment when Gillian observed, "That's expensive-looking cheese."

Huh? you may say. Yeah, it's a random, meaningless observation. And that's a good thing. It means that my Whacky Free Association Brain is coming back.

I've been whining about the fact that my blogging-writing-perfumewearing-daydreaming-creativity-in-general circuits have been idle lately. I think that this is about stress, and extra stress for Himself, and to a lesser extent about too much change, and winter, and the holidays being over, and late winter perfume taste changes, and my brain turning to consuming rather than creating mode, and thus reading a bunch of books.

Himself is less stressed now. That's a good thing, and it also eliminates any guilt about stinking myself up. (Himself is not a big fan of perfume.) And winter is turning into spring. And I did read all those books, and input, with me, usually leads to output eventually. 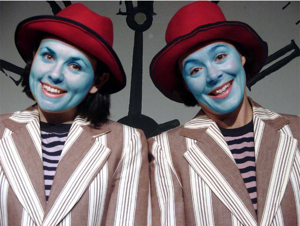 Speaking of which, some of the creativity circuits, at least the ones in charge of nonsense daydreams, seemed to kick to life as I was watching Clybourne Park at ACT in San Francisco last weekend. We normally see a lot of theater, most of it at the Oregon Shakespeare Festival in Ashland, but the Festival shuts down for the winter. I hadn't been in a live theater since November.

Is it possible that live theater is valuable for my Whacky Brain? Is it somehow fundamentally different from fiction in books or video? In Ashland, theater is made more immediate by the fact that we may well see Iago or Hedda Gabler or Falstaff or Harold Hill wandering around town--the actors live there, and the town is small enough to allow them to emerge from the crowd, whether they like it or not. And even in San Francisco, where we're unlikely to catch sight of the actors off the stage, they were still physically there, not flickering on video or in my imagination. Does that make theater a different kind of brain food? I'm curious.