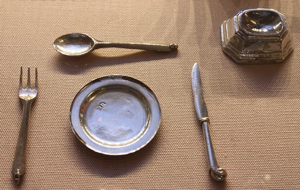 Then there was turkey. With a lot of garlic. Six heads? Ten heads? It was Himself's recipe, I was just the helper.

Then there were gravy and carrots and brussels sprouts and chestnuts and cranberries and banana bread.

And other folks brought potatoes and potatoes and other root veg and pie and tart and salad and bread and stuffing and tiramisu and I'm forgetting things because there were even more dishes than that on the table.

And we opened wine, and then we opened more wine.

And we forgot to eat the yams. But that's OK, because I can eat them all.

And I need a nap.