Group Blogging Project: The Ghosts of Perfume Past, Present, and Future 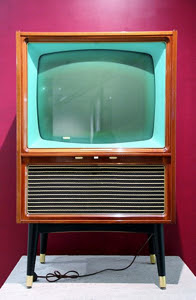 Christmas--the secular festival, rather than the religious one--is about fantasy. Elves and sugarplum fairies, and a jolly old grandfather climbing down the chimney to give you sparkly things, never forgetting the batteries.

So as I thought about ghosts of past, present and future for this group blogging project (thanks to Natalie for organizing and Undina for the theme!), I found myself interpreting "ghosts" not as the dead, but as all those fictional spirits of Christmas. Santa Claus. Charlie Brown and Linus. Mr. Scrooge and Bob Cratchitt. Rudolph and Yukon Cornelius. Harry Bailey and Zuzu. Frank Cross.

Frank Cross! You know, the gleefully evil work-driven television executive played by Bill Murray in the movie Scrooged. ("When you don't work late, I can't work late. When I can't work late, I CAN'T WORK LATE!") When people of taste debate the best version of A Christmas Carol--the old-fashioned charm of the early Alistair Simms film, the drama of the George C. Scott version, blah de blah de blah, I hold firm to my favorite*. Scrooged. So there.

So... what fragrances would the Scrooged ghosts wear?

The Ghost of Christmas Past is a madly cheerful and cheerfully mad cigar-chewing cabbie who forces Frank to relive his early years. This ghost enjoys life--or would enjoy it if he had one any more. The office party, the young lady handing out portraits of her anatomy at said office party, the love of Frank's life (Claire, played by Karen Allan at her most incandescently adorable)--he enjoys them all, and lectures Frank on his lack of appreciation.

Ghost of Christmas Past: Let's face it, Frank. Garden slugs got more out of life than you.
Frank: Yeah? Name one!

What does the Ghost of Christmas Past smell like? To look at him, you wouldn't imagine him wearing any sort of fragrance, but we'd all argue that perfume is a part of enjoying life, right? Right? Don't laugh; just humor me here. When I  conjure him up in imagination, in his cab, I smell a tiny thread of artificial pine, one of those hanging car fresheners, in a desperate losing battle with an ocean of stale cheap cigar. But if we imagine him on a date after a hard day of reforming the living, what fragrance does he wear? I struggled with this, until Himself presented me with the only and obvious answer: Hai Karate. Of course.

What about the Ghost of Christmas Present, played by Carol Kane? This spirit is playful, charming, ruffly-pink--and intermittently violent. ("The bitch hit me with a toaster!") She sings, she dances, she plays Trivial Pursuit along with mortals that can't see or hear her. She covers Frank's ears to keep him from hearing about his Christmas gifts. And then she hits him some more. ("The truth is painful.")

This one was a struggle--what fragrance is playful and loving, vain ("Oooh, a Christmas party! I’m so glad I wore my pretty dress!") and occasionally vicious? It occurs to me that that's a personality profile of a cat, but that doesn't give me the answer. After long deliberation, I'm going to go with Chanel Cristalle. It's beautiful, feminine, even swirls-and-ruffles feminine. But that galbanum sharpness hints at claws, perhaps as sharp as those of No. 19, even though they're better-concealed.

And the Ghost of Christmas Future? Dark. Cloaked. A skull for a face. Screaming creatures hiding in the folds of its robes. (Frank: "Did our people do that? We're gonna get letters.") For this ghost, I choose the most frightening, most soulless, most despair-filled fragrance that I know, so horrible that it has no name known to the general public, despite sharing our lives from cradle to grave...


That's the end for my scented ghosts. But don't forget to visit the other bloggers in the project!

*(Our household is not unanimous on this--Himself argues for the WKRP in Cincinnatti version as the very best, but he does give Scrooged second place.)

**(A side note: You may recall my Postal Regulation Phobia. I have a similar level of Copyright Regulation Phobia. Therefore, I will be linking you to images of the characters of Scrooged, rather than pulling them into the post.)