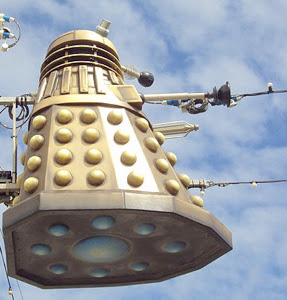 Apparently resistance is useless, because I am now using Twitter.

Tonight I was participating in BlogChat, a Twitter-based chat ("TweetChat") about blogging--great throngs of people all typing like mad, exchanging blogging ideas. And it occurred to me that, hey! There are plenty of perfume-type folks on Twitter, and they do some perfume chatting, but wouldn't it be cool if we were occasionally all around at approximately the same time, for higher-speed perfume chatting? Of course it would!

I proposed the idea, and Eyeliner On a Cat and EauMG were both kind and encouraging to my crazy poultry self, and we concluded that Fridays at 10pm Eastern would be a fine, fine time to talk about perfume, and that #fumechat would do just fine as a hashtag. This Friday is an unlikely time, given that whole New Year's thing, so let's put the first chat off a week.

So, Friday after next, January 7, 10pm Eastern, 7pm Pacific, let's #fumechat on Twitter!

Image: By Green Lane. Wikimedia Commons.
Posted by Martha at 9:44 AM