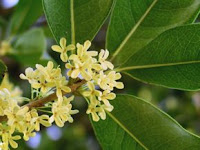 I first discovered Cristalle on a fool's errand - I was looking for Cristalle Eau Verte, under the mistaken impression that I'd prefer the sweeter, fresher, watery modern flanker.

Feh. I smelled them both, and Eau Verte was forever forgotten. Okay maybe not forever - it is a green, after all, and it's hard for me to ignore any green. But it has to do a good long penance for daring to use Cristalle's name, before I'll consider it again.

Because Cristalle is Cristalle. Nothing else should be using its name. That is, Cristalle Eau de Toilette is Cristalle - the Eau de Parfum should also run along and get another name. Cristalle EDT, 1974 formulation, by Henri Robert, is Cristalle, and irreplaceable among the greens.

And you should go get a bottle, before it gets reformulated out of existence, if it hasn't already. I, personally, have two medium and two mini bottles, so I'm taken care of for a while. Though I admit that I'm tempted to send off for a gross of bottles and a fridge to keep them in.

So, worshipful maundering aside, what does it smell like? To me, it smells like galbanum (bright, sharp, merciless green), osmanthus (soft, gentle, creamy flowers), and oakmoss (oakmoss). Officially, it smells like Sicilian lemon, bergamot, rosewood, hyacinth, oakmoss, and vetiver. I'll take their word for most of that, and I can pick out the hyacinth once I'm told, but I can't believe that there's no galbanum in there.

Again, go buy some before it's too late.

Review Roundup: Now Smell This and Perfume-Smellin' Things and Bois de Jasmin and Perfume Posse and ScentsOfSelf and MakeupAlley and Fragrantica and PeredePierre and Yesterday's Perfume.


Photo: By Juni. Wikimedia Commons
Posted by Martha at 9:16 PM