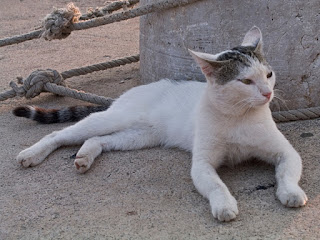 I just took a bubble bath. I'd used up my previous fancy bar of soap, so I cracked open the box around a new bar of Pacifica Tuscan Blood Orange soap. The soap itself was, as usual tightly wrapped in shrinkwrapped plastic, and, as usual, it resisted my efforts to open it with my fingernail. I would normally find something to stab it with. But this time, I found myself vaguely staring at it, and my brain said, "Oh, never mind."

There's something wrong with my brain this week. And part of last week. Rather suddenly, it's doing an awful lot of "Oh, never mind." There are frequent and growing intervals of just-don't-care. And I don't know why. I don't know if I'm depressed. I don't know if it's the lack of sunlight as winter deepens; that never seemed to happen to me before. I don't know if it's stress. I am worried about several things, but I'm always worried; I'm worried fifteen hours a day, with eight hours off for sleeping and some momentary distractions here and there. I've been that way since... OK, I don't remember not being that way, so that's not it, or that's not it alone, so what...

Image: By Roberta F. Wikimedia Commons.
Posted by Martha at 12:10 AM