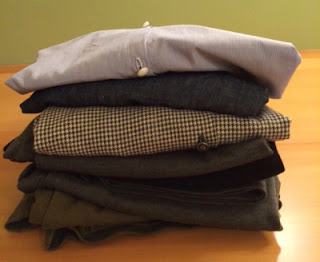 Look! That's my SWAP so far, all folded and stacked up.  I have two jackets, four skirts, and a shirt.  So far.

You want the details, right? Right?  OK, you won't openly yawn while I tell you right, right? OK, then.

As previously discussed, I've been working with Butterick 5261, an out-of-print shirt jacket.

I made the first version in November, out of an indigo silk/linen blend, as an Early Bird garment under the SWAP rules. I used the straight-hem version and deepened the hem, giving it vents. I also converted the gathered cuffs to ones with tiny pleats--not a pattern change; I just did the pleating instead of gathering. I dislike gathers.

This was intended to be a wearable muslin, and I was sure that it would be far too big--I used the biggest size rather than working my way through multiple muslins. But as it turns out, I enjoy the rumply oversized result. (It's not quite as rumply as it looks in the photo.) 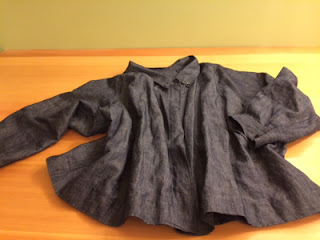 I put a tiny bit of button and bead gloss on it. 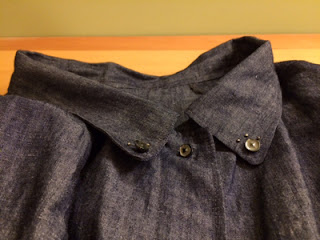 I made a green version after that, as described in this post, but I got the timing wrong for Early Bird, so it's not a part of the SWAP. (I started it after November 5, but didn't finish it before December 26.) I anticipated making lots of additional pattern changes, but in the end I just made a size down, and lengthened it a bit. Then I regretted lengthening and just turned all the extra length up into a Really Deep Hem.

Then, as discussed, I picked up McCall's 6654 and made View E in a soft pale grey knit. I don't have a photo, because I'm wearing it. It's delightfully comfy; I intended these clothes to replace jeans-wearing, but this one is so comfortable that it replaces sweats-wearing. Yay! 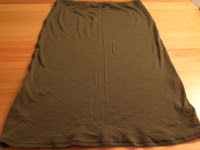 Then I made it again in dark grey. Then I shortened it slightly (View E is almost ankle-length on me) and made it in moss green and in black. Then I discovered that the scraps left from the dark grey version were enough to make View...er...the slightly above knee view. So, four skirts. They all look more or like the one on the left.

Next! I made a cotton houndstooth version of the jacket, without any significant pattern changes, but another size down. I'm not sure if I'm happy with it--several small things went wrong. The fabric didn't have as much drape as I wanted, it turns out that I miss the oversized nature of the bigger size, I ran out of fabric and made bracelet length sleeves that I don't know if I like, and so on. 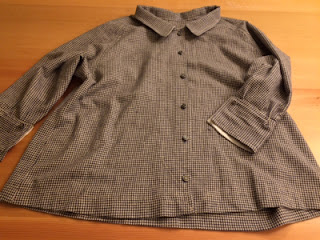 But I committed some pretty nice buttons to it in the hope that they take it over the edge to a success. 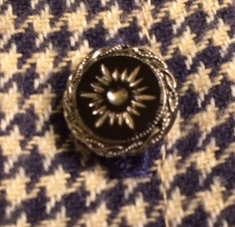 Then I made the Style Arc Lauren Butterfly Boyfriend (butterfly? where did I get butterfly the first time I posted this?) shirt. I straightened the shirttail hem, and made it a deep hem with vents. 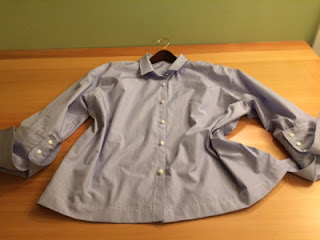 There were enough flaws to give it a homemade feel, so I decided to just embrace that vibe and give it some nice old-fashioned glass buttons. Now it feels to me like something I might have gotten from a vintage shop. 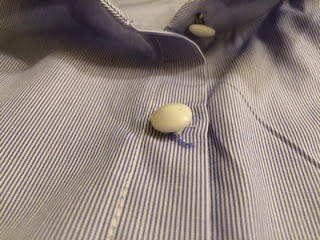 That's all! I point, again, to the stack.

Next? Another shirts. I'm planning to remove those long folded cuffs from the shirt and just give it hemmed (deep, vented hems) sleeves. And then remove the collar and just use a slightly modified collar stand.

That is all! For now.