Blogging: The Undead Blog Awakens! (No, not this one.) 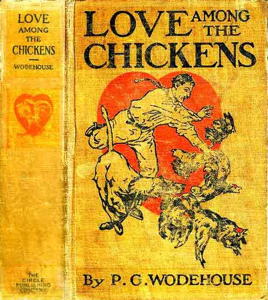 I was doing so well, and then a week rolled by, foom! No posts.

And so, Rambling Chicken is about to be about chicken. Primarily in a food rather than a feathery bird context. I've already written this post about a Vancouver, BC restaurant that will serve you rendered chicken skin. On a plate. Like fancy potato chips, only much, much chickenier. I'm planning to continue writing posts about what restaurants serve what chicken-worth-eating.

I realize that there's limited demand for restaurant reviews/chickenfat rhapsodizing for cities where the reader isn't. One of the advantages of blogging purely as a hobby is that I don't feel an immediate need to solve that problem and get BIG STAT NUMBERS RAWR!

If I wanted big numbers I'd redesign the site and do...uh...stuff. About clicks and SEO and blah blah blah plus blah. Oddly, I do own the domain ramblingchicken.com, because Himself got it for me just in case. Right now, it points to this blog and not that blog, but I'll fix that soonish.

I'll still leave the old material there, so it will be a confused mix of chicken and fiction and other stuff for a while, but over time the chicken posts will start to outnumber the others. Unless I write chicken fiction. I did recently write a piece of chipmunk fiction, so who knows?

There's a good chance that this will go the way of my other blog spinoffs, including the previous incarnation of Rambling Chicken, but where's the harm in trying? I'll keep posting here, but Rambling Chicken will give me a built-in excuse and context for writing about poultry. And, who knows, maybe chicken vintage memorabilia, or history and culture topics related on poultry, or...well, we'll see.