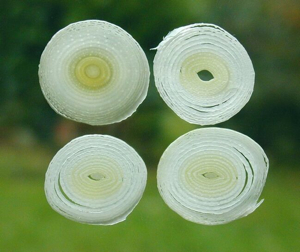 Southern Exposure Seed Exchange just emailed to let me know that my order is on its way. Specifically, four ounces of white multiplier onions, a pound of grey shallots, and twenty ounces of yellow potato onions, "Medium and Large Bulbs". And some Egyptian Brown Onion seed for next year. If it works for our climate; it was an impulse purchase.

Territorial will be sending me an ounce of Egyptian Walking Onions and half a pound each of Chesnok Red, Inchelim Red, Polish Softneck, Premium Northern White, and Purple Italian Easy Peel garlic. Oh, and another, er, five pounds of yellow multiplier onions, which I'm assuming are similar, or perhaps identical, to the yellow potato onions. I really must keep track of my orders.

That's just the onions. Just the perennial onions; the onions from seeds or set will wait for spring.

Onions aside, John Scheepers will be sending me twenty each of Kingsblood, Menton Exotic, and Negrita tulips. Also fifty each of the Single Late Pastel Mix tulips and King Alfred Jumbo daffodils. Oh, and five species lily bulbs.

A quick summing up, and a guesstimate of bulbs per ounce, suggests that I will soon have over four hundred individual bulby things to plant. It might be just as well that I forgot to order peony roots. Again. Then again, maybe it's not too late?

Now, some people cheerfully plant a thousand bulbs in a day, but I may have overdone this just a fraction. In spite of that, I can't stop thinking that maybe I should order another few hundred tulips.

Assuming that I'm not just planting a winter gopher buffet, it's also going to be a pungent 2012. On top of all of the oniony things above, I'll be planting Copra onions again in the spring, this time at approximately the right time instead of six weeks late. I'll be growing my own plants from seed in the World's Smallest Greenhouse, and ordering plants, just in case.

(Re the gopher buffet, I did buy three modest-sized gopher baskets, to hopefully assure that I'll at least get to taste some grey shallots.)

Oh, and there's always leeks. Did I mention leeks? I can't make up my mind about them. On the one hand, I love the way they look in the garden. On the other hand, I hate puttering with trenches, and I know I won't hill them up, and are leeks any good if you don't hill them up? Southern Exposure Seed Exchange has perennial leeks, though they're sold out; I may wait until next year and grow my leeks that way.

Speaking of perennial stalky onions, I have theoretically-perennial scallions, huddling up to the herbs. And, of course, chives. And some clumps of garlic chives that for some reason I planted by the street, that I could divide and install among the vegetables.

I should probably do some square footage calculations here. Himself is not going to be pleased if the onions don't leave any room for next year's corn.