Writing: Daring to be Long 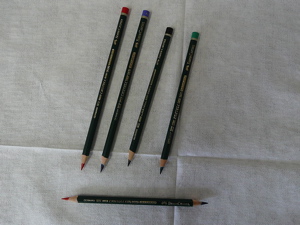 One piece of standard advice for blogs is to write short things, so that the reader doesn't get bored and run away halfway through. But if I took blogging advice, the title of my blog wouldn't start with "chickenfreak", and I'd be on a self-hosted Wordpress blog with a fancy expensive theme. I'm not big on advice. And the short post advice strikes me as being as valuable as the workplace advice to avoid writing long, detailed documents with actual information, and to instead compress the information on a nice PowerPoint slide with no more than twenty words on it. Who wants to be informed when they can look at something snappy?

And there are successful blogs that do have long posts. Really long posts. I just measured the latest post on Author! Author! and found that it's more than four thousand words. Often the opening mood-setting anecdote on that blog is longer than an entire post on mine. And I'm not naturally concise; I can babble endlessly in forum posts or work documents. I clarify and analogize and clarify the analogy. I go on a lot.

I suspect that my blog posts are short because a long piece of text takes itself seriously, and I hesitate to be seen doing that. It's like my motive for not dressing up--someone who's all dressed up hopes that they look good, and I'm afraid that if I appear to have that hope, people will point and laugh. So today I'm wearing a Lost Boys tee shirt and my last post was less than seven hundred words. Not, of course, that I don't love the Lost Boys tee shirt. It's fabulous; it pretends to be from the Santa Carla boardwalk, and it doesn't say a word about the Lost Boys movie itself.

Also, I don't like my serious writing voice. It rhapsodizes or pontificates or both, and while I'm sometimes pleased with the piece immediately after writing it, I cringe within a week and stay that way. I know that a voice for a serious piece doesn't need to have those flaws; Calvin Trillin, for example, can write about the most serious of subjects and still maintain his comfortable, readable voice. And I have, many times, picked up an over-serious post and scrubbed out the unnecessary gravity, always hoping that I was leaving in any necessary gravity.

On top of that, long posts often require me to have a point of view, and communicate it, and defend it. Apparently I'm not so sure about doing that. I have plenty of opinions, and will argue at length on forums, but, again, this is my blog. You know it's me. People on the street in my town could, in theory, know it's me. So I'm happy to praise things that I approve of, but praise is often brief. When an issue gets thickety or messy, I run away. Again, it's about the point and laugh factor. "Look! She's excited! She's passionate! She has an opinion! Bwahahaha!"

Can you see them all rolling on the floor, while I hide under my keyboard? Of course you can.

I advise others to take risks, because it costs me nothing. I used to love Threads magazine, the sewing magazine from Taunton, when they were still catering to the experienced sewer. They had extreme projects, and once in a while one of those ideas would fall flat on its face, and that level of risk was why they were good. Similarly but more impressively, the Oregon Shakespeare Festival here in town takes the risk of falling on their face many times every single year, and the risk never goes bad on them. They push, they balance on the edge of the cliff, and they never fall.

I don't do that. Cliff? I want a climbing harness and a net. But if I want my writing to progress, I'll have to give up the harness and write about things that I take seriously, like the Lord-of-the-Flies-with-blackboards nature of public schools, or the way that the mental health profession is dead wrong about the nature of hoarders and hoarding, or the dysfunctional parts of my family.

But today, I suspect I'll be writing about perfume. Or food. Or both.

Image: Wikimedia Commons.
Posted by Martha at 12:41 AM