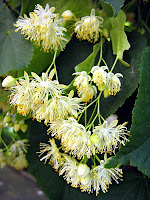 I suspect that the good people at Jo Malone would be displeased to know that French Lime Blossom conjures up vivid memories of a thumb-sized plastic doll from sometime in the 1970s. Maybe they'd be consoled by the fact that I adored that doll? She was a Liddle Kiddle, a fat little pink fairy-like thing with a friendly face and a scent that claimed to be that of sweet peas. (You can see pictures of some of her non-pink siblings here on The Vintage Perfume Vault.) She's tied in with my fondness for both perfume and gardening, and she's one of the few childhood toys that I wish that I still owned. 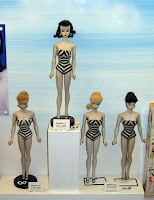 I mentioned my Liddle Kiddle before, in this post about Tokyo Milk's Song In D Minor. But French Lime Blossom is a much more accurate rendition of the Kiddle combination of flowers and plastic. The plastic note has a strong New Barbie Doll vibe, too, but the flowers are wrong for Barbie, who in my imagination smells of a plasticked version of Shalimar. And in contrast to Barbie, Kiddle is the rare doll that looks as if she enjoys her food--I can see her spending a good deal of her garden leisure time eating honey.

Speaking of honey, I read in at least one of the Basenotes reviews that French Lime Blossom has a beeswax base. I've been searching for the perfect beeswax perfume (you may remember my long angsty love affair with Velvet Gardenia, and our chilly breakup), but, sadly, I don't actually get that note from this.

Jo Malone doesn't claim the beeswax--their notes list stops at lime blossom, bergamot, and tarragon. The Basenotes reviewers mention the beeswax, lime in addition to the lime blossom, iris, and "green". There's a soapy note, too, especially in the first hour or so; after that, it's submerged in florals and plastic. I'm curious to try the bath oil to see if the soap blooms as nicely for this fragrance as it does for White Jasmine & Mint.

So, where's the plastic coming from? The lime blossom? The beeswax? I can't translate it, and I don't see even one reviewer that mentions it--though several reviews do refer to lime-scented dishwashing liquid, so the synthetic vibe is obviously coming through for some.

Anyway, I like this one. I recommend sampling it, especially if you like the scent of toys.