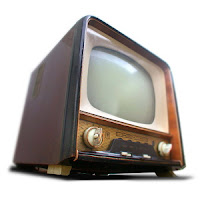 I love television. I read books and I watch movies, but I also watch a lot of television. Days off, like Thanksgiving weekend, are an opportunity to keep the TV on through all my waking hours. I'm not so much watching it all that time, but it's still on.

So right now, Himself and I are lounging, puttering with our computers, and watching some of our favorite Thanksgiving-themed TV.


Buffy: It is a sham, but it's a sham with yams. It's a yam sham.
Willow: You're not gonna jokey-rhyme your way out of this.
Buffy the Vampire Slayer, "Pangs"
We already watched Pangs, an episode of Buffy The Vampire Slayer, yesterday while getting the living room in shape. This is what I call a "payoff episode", an episode of a TV series where the ongoing character and plot threads come together and we get to see the things we always wanted to see, or things that we would have wanted if we'd ever thought of them.

For example, we get extra Spike. First watching wistfully-lit scenes of murder and torture, and mourning the fact that he can't join in. Then interacting with the Scooby gang to a previously unprecedented degree, because for once that interaction can't be cut off with a fight. ("...Spike had a little trip to the vet, and now he doesn't chase the other puppies any more.")

And there's a lot of Anya--I love Anya, and this is one of her best episodes. She's changing roles, from vengeance demon to Xander's girlfriend and member of the Scooby gang, but her demon past still influences her view of the world. ("To commemorate a past event, you kill and eat an animal. It's a ritual sacrifice. With pie.") There's Angel running around on the fringes, and Buffy's desperate determination to have a perfect Thanksgiving. And that's before we've actually touched the core plot, the ancient spirit determined to avenge past wrongs, and the gang's conflict over the right or wrong of killing him.

Next were the two Mad About You Thanksgiving episodes, Riding Backwards and Giblets for Murray. Riding Backwards is set entirely in the train, as Paul and Jaime (the young married main characters) ride to and from New Haven to spend Thanksgiving with her parents. There's squabbling and fake engagements and a FedExed Jell-O mold from his mother. ("What an insult!" "It was a gesture.") Giblets for Murray is the next step--they're hosting Thanksgiving for both families, and battling for control. The same mother that mailed the Jell-O mold last time, this time brings her potato casserole and, upon being told that Jaime already made potatoes, declares "so she'll freeze hers."


C.J.: They sent me two turkeys. The more photo-friendly of the two gets a Presidential pardon and a full life at a children's zoo. The runner-up gets eaten.
President Bartlet: If the Oscars were like that, I'd watch.
The West Wing, "Shibboleth"
President Josiah Bartlet: If I cook it inside the turkey, is there a chance I could kill my guests? I'm not saying that's necessarily a deal-breaker.
The West Wing, "The Indians in the Lobby"
Next? West Wing. Shibboleth includes Christian refugees from China, prayer in the schools, and turkeys in need of a pardon. The Indians in the Lobby includes two Native Americans looking for some justice, and a call from the President of the United States to the Butterball Hotline.

Then we ran out of Thanksgiving television and watched Buffy in Beer Bad. It's not unusual for our television watching to begin and end with Buffy.