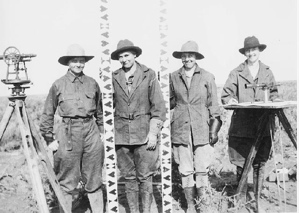 Over at NaNoWriMo, there was a recent thread about writing female characters. Women, intelligent articulate women, were concerned about writing female characters that might put off male readers, or might give the wrong impression of women. Some of them were just writing male characters instead. I realized that I believed that ideas of women about women were improving over time, that women would have more confidence and strength in themselves than when I was younger. And I'm realizing that, no, we seem to be losing ground in the nearly-twenty years since I was in my twenties. So I ranted the following rant, and after I thought about it, I I brought it over to the blog:

I've often heard the phrase, "I'm not a feminist, but..." and I've never understood it. No matter how many times I try, I can't get my mind around it.

Now, the logic part of my brain has an interpretation. It interprets the phrase to mean that women have somehow acquired a gut-level negative response to the term "feminist", and that as a result, when they advocate the ideas that a feminist advocates, they still can't bring themselves to call themselves feminists. But I don't have that gut-level reaction, so I can't understand it emotionally.

I assume that the reaction has been achieved by the people who take the most extreme positions taken by anyone who has called themselves a feminist, add them to extreme positions that have never been taken by any feminist at all or in fact any person at all, attribute them to all feminists, and publicize the result as far and wide and loudly as they possibly can. Add a few thousand incidences of someone saying, "feminist" on television with that combination of fear, contempt, and pity, and the job is done.

The result is to make women feel that they have to take their focus off their goals and instead focus on being perceived to be pursuing those goals the "right" way, and apologize for even having those goals, for fear that others will misunderstand. A woman who wants a fair shot at a job, or who wants to wash the dishes no more often than the other adult in the house, feels that she has to clarify that she doesn't also want to kill all men, or outlaw fatherhood, or whatever crazy position has been falsely attributed to feminists this week. And when the fear of being perceived that way is a factor, she'll quite often dismiss her own concerns as trivial, rather than risk it.

So she's distracted from her goal, or induced to abandon it altogether. She feels the need to distance herself from other women that might have scary feminist views, because she's been told that lots of women have those views, and she doesn't want to be associated with them. The result is to dilute her focus, dilute her sense of purpose, and suppress any cooperation and unity among women. The strategy takes the natural tendency of women to find a consensus and to work with others, and turns it to making women afraid to work with other women, and afraid to find solutions to their common problems. Women want to be reasonable, and substantial forces are aimed at making a woman feel that any concern for her rights as a woman makes her part of an unreasonable crowd.

It's wrong. I'd go so far as to call it evil. And it should be fought fiercely, even if that fight does raise the risk of someone asking, with that wide-eyed, please-don't-eat me, eew-I'd-never-want-to-date-you, air, "Are you a feminist?" Please, don't ever again say, "I'm not a feminist, but..." Fight for what you think is right without apologizing, and if that means you're a feminist, embrace the label.