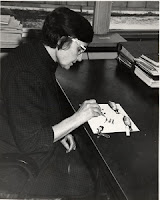 So, one thing that I've learned is that even a liiiitle bit of editing slows down the word flow. In past NaNoWriMos I could go to... um... that thing... you know, that software where you type frantically? Write or Die! That's it! And get hundreds of words written in minutes. When I'm gonna post the things? Noooo, not so much.

So, yes, here we are, in Write Or Die with a goal of three hundred words in thirty minutes, setting "strict". Write, Chicken, write!

Yeah, the motivation isn't motivating all that well. I can, of course, find random things to say. For example, six feet away is our first wood fire of the season, which is always a nice thing. Himself and I were noticing that no matter how much you turn up the house heat, there's something about a fire that makes you and the room heat-soaked in a way that you just can't get otherwise. For me, bubble baths do the same thing.

Speaking of bubble baths, I was realizing the other night that I rather envy the Captain of the B Ark his job. You know the B Ark? Hitchhiker's Guide? He's carrying one-third of his planet's population to a new home on a giant spaceship, and he spends all of his time commanding the ship from his bathtub. That sounds nice. The 24-hour bubble bath part, not the responsibility part.

Though I shouldn't envy, because I do have a very, very fine bathtub. It's the best bathtub I've ever lived with, and it's mine, mine, all mine! Not that Himself can't use it, but he has a very fine shower and I have a very fine (vintage, footed) bathtub, and we definitely own our respective bathing territory. Mine is, of course, decked with scented products--three kinds of bath oil, five or six kinds of bath soap, four or five kinds of bath salts, two foaming bath bomb things.

Speaking of all that soap, I encountered a sort of overcoming-hoarder-genes epiphany a few weeks ago when I realized that, y'know, the world will always be filled with more glorious bars of soap than I have room for. And I can therefore use the world as a place to store my soap, and only get more when I'm running low. Yes, yes, that's obvious but...you see what I mean? Maybe you have to have hoarder genes for it to make sense.

Unfortunately, I don't feel that I can trust the world as a place to store my perfume, because the world is doing a lousy job of it, with all those bleeping regulations. While releasing the Need To Archive Soap is a nice happy relaxing moment, trying to release the Need To Archive Perfume is a constant battle.

By the way, Write or Die has "consequences" levels that ramp up to Kamikaze Mode and then Electric Shock mode. I've always been vaguely curious as to what that means, but I've never tried it. Or risked it.

So. Bathtubs and soap and hoarding. Oh, my. Speaking of hoarding, I just ordered several spray samples from Sonoma Scent Studio, plus an unsniffed half-ounce bottle. And I'm still debating that "where to spend my perfume money" philosophy. I suspect that I want to focus on artisan perfumers, and I think that Sonoma Scent Studio qualifies? Hey, all you guys, who do you list under artisan, as opposed to indie, as opposed to just niche, perfumers? Moriel? Sonoma? Aftelier? Brosius? Hurwitz? Who else? Why do I think of Brosius as somehow being bigger--is that sheer illusion, or is he indeed a larger operation?

Yeah, I know, I'm writing a blog, I should be doing my research and telling you, right? But I'm asking you for information all the same--who are the artisan perfumers that I should be looking at?

Um. I just hit the end of that topic. Um. Um. You know I'm just typing "um" to keep Write or Die from applying an electric shock, right? OK, not really an electric shock, I hope, but I do get nervous when it just makes the background pink and then red.

Ahem. Speaking of bath salts, what is the function of bath salts? I've traditionally thought of them as something that makes the bath water all nice and scented and doesn't (unlike oil) make the bathtub slippery underfoot. That's probably not the idea--though, really, who knows?

OK, I have to write two hundred and seventy-five words in the next two minutes and twenty-four seconds. That doesn't seem all that likely. I could, of cousre, just type la la la for a few dozen lines and then plan on editing later, but that's cheating. Not that people don't do plenty of cheating on NaNoWriMo, but I think that you should at least be writing coherent words and sentences. And ideally paragraphs. Expecting an entire coherent page may be too much of a demand.

You notice, I haven't written even a little bit of fiction yet in NaNoWriMo. And I thought I would--I was remembering those stories that I wrote in Story A Day and thought I'd probably do several more of them, and I was looking forward to it. But it seems that writing fiction, and writing fast, are not compatible for me. And why is that? I realize that writing fast and writing good fiction are logically incompatible, but why can't I put my head into the mind of a fictional character and type at madcap speed as them and their thoughts?

OK, well, I made four hundred and sixty-one words in ten minutes.

And sometimes when I'm feeling at my most sympathetic, I suspect that Mom may also be the cat.

Is that my choice? Or do I need to write myself out, about Mom, before I can move on?

I guess I'll find out.