I always think of a "classic" as being something stable and well-known. Something that barely needs any comment, because it's so well understood. Of course, this idea inspires (bitter) laughter when applied to perfume, because the classics won't sit still.

No more of that - I'm going to point to this invaluable chronology post on Perfume Shrine before my head explodes.

What I have is a quite new bottle of "Miss Dior EAU DE TOILETTE ORIGINALE" from the Vancouver airport duty free. (I'm sorry, I just couldn't stop myself. All that perfume, and barely a bottle to want!) Textured bottle, yellow juice, white label, gold printing. Long ingredients list on the box. There's nothing vintage about this one. The ingredients list mentions oakmoss and treemoss; I'm choosing to be pleased about that.

Yesterday, I sprayed some on a tissue and dabbed it on my arm for a minimal barely-damp evening first taste. If I were coming to it with an open mind rather than a suspicious "What have you done to her?" attitude I would have said that it was very nice, just short of "lovely", the first word I typed before correcting. Floral and fairly sweet, but grounded with a good pseudo-vintage vibe that I'd guess is the oakmoss. No real vintage attitude, no tappity-tap-high-heels feminine power, but Really Very Nice. Of course, if I'd ever smelled the vintage, my attitude would probably be different.

Today I put on one full back-of-the-neck spray, and a wet dab on my hand. The first few moments had a dismaying, um, urinal vibe. I quite like animalic odors, but I don't think that this one was intended in quite the way that it manifested on my skin. But it passed almost imemdiately--I take points off the top-notes score, but I'm not going to reject a perfume for fifteen seconds of oddity.

Then there was a fairly modern synthetic chorus that I'm less quick to forgive, because it's less quick to go away. I was seeing the flowers through a veil not of oakmoss, or galbanum, which would be just dandy, but something more modern. I'm guessing that it's the part of the top notes that are supposed to be "green-aldehydic", but for me it's more "shampoo-aldehydic." (Ah; I see a mention in Perfume Shrine of "a peachiness that I have encountered in hair products". Maybe that's it.)

Then, just a few minutes later--less than half an hour after application--ahhh. The modern shampoo is gone and I'm getting a nice, very slightly leathery, gentle pseudo-vintage vibe. Flowers in the background. Not aggressively sweet. Not cloyingly pretty. No fruit. Admittedly, there's still no attitude, still not enough oakmoss or bitterness or animalic growl from any source. Miss Dior... 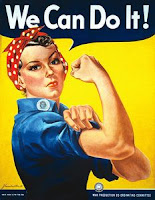 OK, analogy: We recently saw a performance of The Drowsy Chaperone at our local high school. No, we don't have kids, but we're seeing school plays; I was a little amused by that, but I was rewarded because it was an extraordinarily good school play--in fact, it was a quite good play, period. Clever sets, impressive and convincing costumes and, most importantly, very good performances. But it was on a high school stage, so you knew that it wasn't going to get too mean, too dirty, too sexy--it was going to maintain a certain level of decency.

Miss Dior wears the costume of a vintage perfume, and plays her little heart out, but she's going to stay decent. And in fact, Miss Dior is a good deal less edgy than the play; if she took as many risks as it did, I would like her better.

But if she keeps wearing this costume for a few more hours, the new Miss Dior Originale will have earned the price of her bottle. She hasn't bought me out of the sin of funneling that price to the corporation(s) responsible for vandalizing the Dior classics. But that's my shame, not hers.

The modern Miss Dior is feminine, elegant, well-behaved. She's not necessarily young, but to my nose she's not thinking about anything that would be unsuitable for the very young. My understanding is that the vintage has a distinctly different focus--elegant femininity, yes, but that Miss Dior had less high-flown thoughts.

The perfume is, of course, directly linked with Dior's New Look of 1947. I wandered back to Linda Grant's The Thoughtful Dresser (Read it. Really.) to recall the impression that she'd given me of that moment. Dior's audience was made up of women who had spent the war years struggling to scrabble fashion from the flimsy and the scarce, to look beautiful in a patriotically morale-building way in spite of clothing rations and streamlined and skimpy styles. Dior presented these women with a vision of "frivolity, pleasure, wastefulness." Ballerina-length skirts, yards and yards of expensive fabric--so shocking that, given that postwar rationing was still in place, the collection faced substantial disapproval from some. Grant tells us that British Vogue's editor was forbidden to so much as mention Dior.

To quote Grant again: "What was new about the New Look was not new in the sense of modern; it was new in the sense that it was reviving a sensation that had long been suppressed in wartime: Pleasure for the sake of it."

Pleasure. Not just femininity and elegance and beauty of line and form, but pleasure and freedom. That, presumably, is what the vintage Miss Dior is thinking about. I need to smell some. 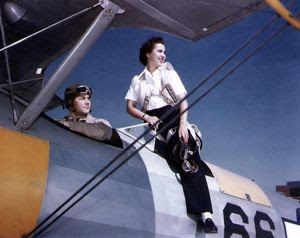 Also, I rambled about The Thoughtful Dresser here and here.