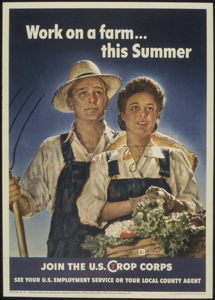 I'm a lousy garden recordkeeper. And I wish that I were a better garden writer, which is something that will probably happen through more garden writing. And sometimes my mind is too full of gardening to blog about perfume or chicken. In theory, logging my garden activities in this blog could help with all of that. In practice, odds are good that I'll write this one diary post and never write another. But, hey, what's the harm?

So. As previously discussed, we have a large-to-us vegetable garden that we refer to as The Farm. It's all tilled in wide rows, roughly four feet wide, with two-foot paths in between. Counting left to right from the south fence, there are six rows about sixty feet long, then five about eighty feet long, for Row One through Row Eleven in the discussion below. That's (mathmathmath) just over three thousand square feet of garden space, most of it with several hours a day of full sun.

Our previous garden garden was twelve by twenty-five feet. One-tenth as big. I didn't keep up with the weeds there, either.

I learned this year that in some ways, it's easier to control weeds in a large space than a small space. If I want to grow a variety of crops in a small space, I have to amend and improve the soil like mad and use pretty tight spacing, and that means that I'm committed to hands-and-knees weeding; I can't use a stand-up tool with enough precision to get between closely-spaced plants without beheading half of them. With a wider plant spacing, I just have to slice off weeds next to one plant, not between two, and I seem to be able to do that. I kept about 500 square feet of corn and assorted vegetables pretty nicely weeded for most of the summer, with two sizes of hula hoe, a small trapezoidal hoe, and a miraculous little weed-slicing hand tool. Most of the work was done with the small hula hoe and the miracle tool.

The wider spacing that makes weeding easier doesn't reduce the crop much, possibly not at all. Tomatoes planted eighteen inches apart need a lot of pruning and training and arguing. Tomatoes planted twice as far apart, and therefore one-quarter as many plants in a wide row system, will grow bigger and produce more fruit per plant, and don't need as much wrestling. But there are, again, one-quarter as many plants, and in a tiny garden there might be room for only one plant at that spacing. If it dies, no tomatoes; if it thrives, lots of only one kind of tomato. So the narrow spacing in a small garden is about variety and insurance, not necessarily about higher productivity.

So. Where was I? Oh, yeah. Weed control. Wider spacing makes it easier to control weeds with a hoe. But not enough easier. The 500 square feet that I kept weeded this year isn't enough. This winter and next year I'll be working with other methods of weed control. Herbicides will never be on the table (we'll just go back to grass before we do that), but landscape paper and plastic and fabric and perennial ground-crowding plants are. Wider spacing should work better for those strategies, too.

The Big Till: Most of our tilling is done with the Little Tiller belonging to Gardener Neighbors. But there's some lawn next to The Farm. We want a little lawn to plop a chair on, but we'd like it to be small enough to mow with a hand-push rotary mower. Little Tiller will choke and die on all that grass. So sometime this winter or this coming spring, parts of the lawn adjacent to The Farn will be professionally tilled and covered in plastic for a year, eventually making each of the shorter rows a bit longer.

Since this means that a tiller that laughs at long grass will be at the farm, we're keeping an eye out for other spaces to till - such as all of Row Two, known this year as The Haystack Row, since all we did with it this year was fling clippings from other places on it. Well, and eat cherry tomatoes from the volunteer plants all over it.

New strawberry rows: So, about this time last year we (OK, not we; Gardener Artist did the work. I miss Gardener Artist in the garden, but I'm never really going to garden if I have someone to rescue me, am I?) cleared two rows that had grown cucumbers and onions and other miscellany and covered them back to the back fence shade line (maybe fifteen feet from the back fence) with black plastic, based on advice that black plastic for a year will help to knock back Bermuda grass. (This was Rows Three and Four, counting from the south fence.)

These two rows are destined to be the new strawberry bed. Last week I removed and rolled up the plastic, raked off the remaining dead stems, tidied up a little, and me and Gardening Buddy tilled them to a tiller depth, to about twenty feet from the fence. I was a bit surprised that it was possible to till; I thought they'd have been baked to one giant brick and would need hours of watering to be tillable But, no, there was a good little bit of moisture in the soil. I don't know if this was ground water preserved by the plastic and lack of plants, or if it wicked over from the irrigated bed next door.

We covered the rows with bird netting to keep them from becoming the world's biggest litter box, gave them about forty-five minutes of sprinkler because the soil was still a little dry and we were going to re-till amendments later, and ran away.

Yesterday I bought six bags of manure and two three-pounds boxes of soft rock phosphate, dropped them off, and watered the space again. I intended to do the math and figure how much of Row Three that stuff would take care of, and spread and till it plus a dose of organic fertilizer today. Instead, I got a tickle in my chest last night and I can't afford to catch a cold before the coming workweek, so I'm typing about gardening instead of gardening.

I suspect that the math will tell me that those six bags will amend a tiny laughable fraction of the bed, and we'll talk to somebody about delivering a partial truck of some sort of soil amendment. Although the previous strawberries went into, I think, totally un-amended soil and did really well, so...hm.

We'll read reviews of landscape fabric and spring for the good stuff for this bed, because we plan to plant it for a three-year run.  We may learn that the fertility is played out in the second year, but if we don't, I'd hate to have the fabric fall apart prematurely.

Once we're amended and tilled and fabriced, Himself will run dripper line down so that there's one dripper per square foot in both directions, and we'll start moving strawberries in at that twelve-inch spacing from the current weed-infested strawberry bed, all winter. If our gamble goes bad and the strawberry plants freeze and die as a result of the disruption, there are probably enough berries in the overgrown previous bed to plant the new bed three times over, so we'll just curse, wait for early spring, and do it again.

Corn row clearing: Last year, we grew corn on about fifteen linear feet (sixty square feet) of each of Row Seven through Row Ten. In bits of time last Sunday and this Saturday, we cleared the corn part of Row Eight. Even though I largely abandoned weed control in late August or early September when the corn got as tall as my shoulder, the space was pretty easy to clear--the weed cover was fairly young and easy to yank, and clearing the roughly sixty square feet took about a gardener-hour and a half. (Half an hour for two of us last week, half an hour for me this week.)


It's ready for tilling, if I'm going to plant any delicate primadonna plants, or, more likely, just planting. The other three former-corn-beds should be cleared in a couple of weeks, giving me four beds for planting anything but corn, since we did corn last year. Each is big enough to reasonably divide in half.

This all makes me, the geek, think that I need a terminology for the rows. See, we planted the corn in the second quarter of the eighty-foot Row Seven, which could be called Bed 7b. (Where we also have a 7a, 7c, and 7d.) And if I'm going to plant half of that, then that's Bed 7.b.a. Heh.

So my tentative plan winter-spring plan for these spaces is:
New blueberry row: It's not just the strawberries that are infested with weeds; so are the blueberries. The blueberries also aren't properly planted in acid soil. So most of the row by the south fence (1.abc in my terminology; the first three-quarters of row 1) is destined to be tilled in The Big Till, amended with plenty of acid peat and re-tilled with the Little Tiller, covered with the best landscape fabric we can get, festooned with drippers, and planted with the existing blueberries at a pretty wide spacing. In the spring, we'll get enough blueberries to fill the whole row back to the back fence shade line.

Shade line raspberries: Speaking of the back fence shade line, we're planning to put raspberries back there, behind rows 1 through 4. (1.d, 2.d, 3.d, and 4.d).  This area isn't flat-out shaded, it just has too little sun for your average garden vegetable--though more sun than many areas where I have grown some garden vegetables. We have raspberries in the back yard at the house that are producing halfheartedly in less sun, so I expect that we'll have a decent crop back there, with little labor. I'm not sure if we'll plant them at a controlled spacing in landscape fabric, or plant them through landscape paper on the assumption that by the time the paper has rotted away, the raspberries will be their aggressive ground-shading space-filling selves and will be shading out most weeds.

Plant purchases: Oh, and yesterday I bought three Japanese anemones from The Grange - two Honorine Jobert and one...er... that pink single-flowered one. In one gallon pots. I'm hoping that if I log all my plant purchases, then later I might actually remember what's growing.

Whew! That's just a fraction of the plans. The perennial herbs also need to come in from the back shade line and go somewhere sunny. And I want to fix up Row Eleven, the gravelly row by the fence next to the parking lot next door, where I hesitate to plant edibles but could plant cutting flowers. Whee!