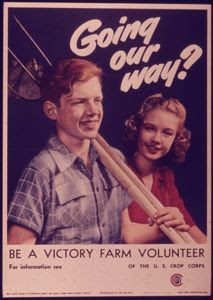 So, I finally found the instruction sheet, buried deep under the leeks in the box.

Amended with manure or compost? Pfft.

Hill up? Maybe I can get out of that.

Trim the roots "as short as possible"?

For some reason, it's roots that I take seriously. I suppose this is because every single dead plant that I've dug out of the garden has come out with a sad pot-shaped rootbound ball. Declining to prune or train or remove fruit or flowers, neglecting to fertilize or dig nice holes, failing to presoak seeds or plants, rarely seems to be punished by failure. Root disobedience? Dead plant. As soon as I started breaking up rootbound rootballs, dead plants mostly stopped happening in my garden.

So, fine, be that way, hmph. I'm going to take off the weed cover, yank the thirty leeks already planted, add two bags of manure and some fertilizer and perhaps some soft rock phosphate ("Supply your leeks with ample phosphorus while growing."), till it all in as deep as I can, trim the leeks root and leaf, and replant them at a six-inch spacing. This will have the advantage of allowing the current bed to absorb a whole lot more leeks. (Mathmath: 4 feet by 15 feet by four leeks per square foot gives me...more leek spaces than I have leek plants. Yay!)

But so be it. I'll clear the weed cover and yank the poor leeks and cover with plastic against the rain (it's hard to till pure mud) on Tuesday, till on Thursday, and plant on Saturday. Meanwhile, the rest of the leeks are waiting in the fridge, and I should probably give them a drink of water, as if they're cut flowers, tomorrow. Because the instruction sheet says that I already should have, and I'm trying to be obedient.