Farm Diary: How not to grow leeks 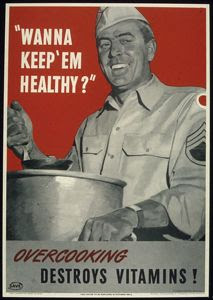 I ordered far, far too many leek seedlings. I wasn't supposed to need to order leek seedings at all--I was supposed to start my own or, at worst, buy them from the Grange. But I didn't, so when Himself found some online at Peaceful Valley, I got excited and ordered, um, about a hundred and fifty. (I say "about" because you order them by the pound, not by count.)

Today Gardener Friend and I finished clearing and raking a roughly four by fifteen foot bed where corn had been growing and covered it in biodegradable weed cover and tried to plant the leeks by punching holes through the plastic and into the soil.

See, I didn't re-till, not since this spring's tilling of that space for corn. I didn't think I should need to re-till. I also didn't think that leeks would need more nutrition than was left over from the well-manured and well-fertilized corn. Right now, I can't imagine why I thought either of those things. It's not as if I don't know how to read a book.

For any number of crops the failure to re-till would have been fine, but not for large leek seedlings; we just couldn't get a reliably deep enough hole. But my only basis for not fertilizing was, I realize now, a source that said that potatoes would do just fine in leftover post-corn fertility. Leeks and potatoes may get cozy together in a soup pot, but that doesn't mean that they agree on their preferred soil.

Anyway, we planted thirty leeks into the un-re-tilled soil before getting tired and running away. Another fifteen will go in (one foot spacing), and we'll see how those lean-and-hungry leeks do.

Did I mention that leeks are supposed to be hilled up so that you get a nice blanched stem? That's going to be hard to do with the weed cover stuff there. I suspect that I'll need to pull the weed cover off in a few weeks and start hilling. At least that will give me exposed soil to scratch fertilizer into.

The good news is that there are plenty more leeks, and plenty of soil to plant them into, once I clear more space. That's also, of course, the bad news.