SOTD: None, and Why Perfume? 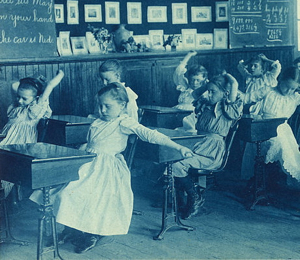 Yesterday (yes, I'm backdating again) was busy. If I'd had to choose a perfume, I wouldn't be surprised at my failure to wear any. But I'm doing the one-week scent challenge, so there was no choice involved.  And for most of the day, the chosen bottle of Osmanthe Yunnan was less than two feet away from me, on the same table as my work computer. I thought, several times, about spraying some on. I felt the lack of perfume as a bad thing. But I still didn't apply any.

When I apply perfume, I generally do it as part of a few leisurely steps, though the steps vary. I may brush my hair first, or put on a clean shirt and clean fluffy socks, or a scarf. The common element is that these actions are about me - about tending and caring for me, most often my physical self. I didn't have time to pause for any leisurely steps, and I'm guessing that's why I didn't put on perfume.

That ties into some thoughts about why I love perfume. I think that for me, perfume is about finding a way to treat myself as a person who's worth tending, and decorating, when I have trouble doing so it in other ways.

Here's where I go on a very long tangent.

In my childhood, my family didn't socialize. My parents barely tolerated one another, and never entertained at home. Their brushes with the rest of the world - Dad at work, Mom with her League cronies - were all but invisible to me. I had so few interactions with adults not in the family that until I was perhaps eight or ten years old, I couldn't order my own food in a fast-food restaurant, because I couldn't bring myself to speak to a stranger.

In grade school, I was the quiet kid, good-naturedly tolerated by the others. I remember a teacher once asking me about my lack of friends, and I remember my puzzlement at the idea that I needed any. To me, adults were people who had outgrown the childish need for warm relationships. And I was smart, smarter than the average child, so it seemed logical that I should aspire early to a proper adult level of isolation. Sometimes I played with the kids in the neighborhood, but the idea of kids from school traveling to and entering our home? Inconceivable. Mom and Dad, both dealing with their own demons, didn't seem to notice my lack of friends.

Toward the end of grade school, I was befriended, much to my own surprise. My friend was that rare girl who is not only pretty and popular, but genuinely kind. She may have seen the quiet kid as a project to fix. But she had charm, and my prickly pride never thought to analyze her motives. Around that time, the school gave everyone assigned seats at lunch, so that I was unable to hide in my usual corners. With my new friend nearby to pull me into conversation, I started to enter the world as a social being. Chinks formed in my isolationist policy.

And I was the new kid. The still socially inept kid. The kid in polyester when the new town had gone to natural fibers. The kid who carried a lunchbox, probably just once, but once is enough, when the other kids had gone to paper bags. And it was sixth grade; remember what sixth grade was like? And so my role was chosen for me. I suspect that there's something about puberty that gives kids a need to express pack hatred, and the pack chose me as their primary target.

My dysfunctional social philosophy had a role in getting me into this fix, but it might also be entitled to the credit for getting me out of it alive and with with some semblance of self-worth. I was still smart - no one was ever going to convince me that I wasn't, or that smart wasn't important. And I still didn't think I needed friends. My parents were isolated from the world, and they were happy, right? Wrong, but I didn't know enough to see that at the time. Without other examples of adult behavior to refer to, I didn't even realize that they didn't like each other.

So I didn't need to be told to just wait it out, that it would get better. I knew that I would someday reach adulthood and, like all sensible adults, I would shut the door every day after work and be alone in my own home, with a whole lot of books. (And I wouldn't be foolish enough to get married.) I waited through two and a half years of daily communication that I was contemptible, offensive, and, of course, ugly.

And then the educational assembly line rolled me into high school. With a larger pool of candidates, the pack found new people to hate and I was once again tolerated as the quiet kid. I started to emerge again, very slowly, and talk to a few people. By late in my senior year, a teacher once had to tell me to shut up. I was delighted, and I think perhaps he was, too.

But I learned more than I wanted to while I was waiting things out. A very persistent part of my mind still thinks that I'm ugly, still fears that my very presence is an annoyance, and is still much more comfortable being smart than being social. As I said in my Bvlgari Black review, I like being the one with the extra knowledge, and perfume is a realm of self-adornment where that's true. I can combine the old comfort of being smart with the new, and ever so risky, adventure of dealing with other human beings.