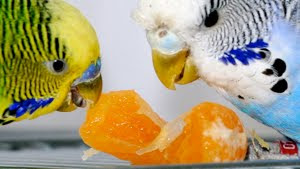 I've been on a long quest for the perfect orange perfume. Not the perfect citrus - it has to be orange. With some peel but not too much, and some juice, but not too much. Not quite a fresh orange, not quite a preserved orange. Not a bright sparkly citrus cologne that quickly fades away - I want something denser.

The sensible thing would have been to stop where I started, with Pacifica Tuscan Blood Orange solid, the perfume that initially gave me the craving for orange perfumes. It's lovely. It's almost perfect. It may be perfect, but I can't seem to take its word for it.

So I keep questing. Parfumerie Generale Bois de Copaiba is too bitter and sophisticated for me. It may someday be the one, but not today. Atelier Orange Sanguine is too far in the other direction - it's Orange Crush. Hermes Terre d'Hermes has too much pepper and gravel and not enough orange. Hermes Eau d'Orange Verte is just a cologne - there's a little bit of gravel in this one, too, making it more interesting than usual, but not enough to keep it in the running.

Fendi Theorema is lovely. It might be the ultimate orange fragrance, at least for winter. I bought a bottle, and if I see it again (it's discontinued) I may break my rule against backup bottles and buy another one. But I can't stop and be satisfied with it, any more than I can with Tuscan Blood Orange.

So I finally got myself a sample of Caron Alpona, one of the other (discontinued) classic orange perfumes. And I sprayed it on today - too much of it; I forgot that it's a parfum.

The beginning is startling - it's simultaneously "dirty" and soapy. I (and others) have described some animalic notes as smelling like a clean warm cat; Alpona makes me think of what that warm cat might smell like if he accidentally stumbled into a bathtub full of marmalade-scented suds. Looking at that notes list, I'm not sure where the cat is coming from - maybe an animalic edge on the jasmine or the musk? Maybe the patchouli?

As the perfume dries, the animalic notes move to the background and the scent is dominated with a rich, resiny-spicy bitter orange, still a little soapy. A little bit of animal remains, but the cat is dry now, still strongly scented with the remains of the soap.

A few hours after that, the resinous, bitter edge is gone, and what remains is gentle, barely powdery orange-scented wood.

I like this at all phases, though the somewhat shocking beginning might be too much for me on some days. But if it weren't discontinued, it would be joining the Bottle List, and as it is, I'll be budgeting for a larger decant.

Oh!  But in case you're wondering, no, it's not the end of the quest.

Review Roundup: Now Smell This and Perfume-Smellin' Things and Pink Manhattan and MakeupAlley and Fragrantica and The Scented Salamander and Basenotes.