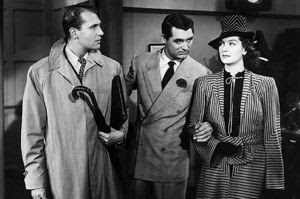 I blind-bought a bottle of Dawn Spencer Hurwitz Mirabella a while ago, I think in a spasm of support for independent perfumers, and I think there was a hint that it won't be around forever. But I only got around to wearing it today.

I’d been sniffing the cap, as I do, and it smelled perfectly pleasant, a nice old-fashioned black and white photograph. Then I sprayed it, and it expanded, a warm, amber blooming globe, a giant shaggy chrysanthemum created from light and scent by Glinda the Good Witch.

OK, not literally. If you’d been photographing me, there wouldn’t have been shaggy petals in the shot, but…wow. I’ve never experienced synesthesia, but this gives me a hint of what it must be like.

I sat and enjoyed it for a moment, then bent to sniff inside my collar (because I test my scents through one spray on my stomach, usually) and it was like diving down below the sweet, gorgeous, but mostly proper surface of the globe to find a delightfully animalic core, as if someone had added a scent created by straining human perspiration and keeping the warm smells-like-someone-I-love parts while tossing out the rest. I lifted my head and then ducked again, lifted and ducked, lifted and ducked, like one of those dashboard bird things, and I could find the two layers every time.

It’s still old-fashioned, but it’s as if I've stepped into that photo and entered its real world of color and sight and sound and movement.  An American city street in the ‘forties, with well-tailored women in tapping high heels and the scent of autumn and burning leaves and lush almost-overripe fruit creeping in from somewhere. Yes, that’s two simultaneous almost-hallucinations; don't quibble with me; Cary Grant is coming down the street arguing with Rosalind Russell or possibly Priscilla Lane and I want to watch.

I ought to go on to notes, but this is one of those perfumes where the notes are so blended that the perfume just is what it is. There are fruit and flowers but not in the modern "fresh!" vibe; it's syrupy overripe fruit and deep-sweet flowers.  There's spice and honey but not enough to give me a food vibe; it's the kind of spice that just flows into the leather, and then the leather is the kind that flows, in its turn, into the more animalic notes, perhaps the civet that Fragrantica mentions. It's comforting, but comforting with brightness and power; it's your pet tiger, not your security blanket.

(Correction: Apparently I did try it, two and a half years ago, when I first bought it. That post, too, has a slightly dazed feel; I suspect that it knocked me just as flat then, but with fewer words to express the experience.)