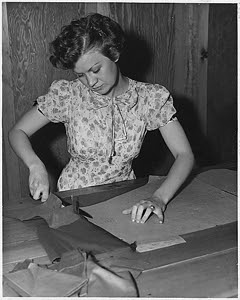 This year's Sewing With A Plan contest on Stitcher's Guild requires two coordinating "capsules" of clothes, each of them containing either three tops and two bottoms, or two tops, one bottom, and one dress. Plus a "bridging" garment that links the two capsules.

I normally join the SWAP, babble a little, and then drop the whole thing on the floor. When I started typing this, I mistyped the site's name as "Stitcher's Guilt"--apparently I'm feeling bad about not finishing my SWAPs.

But here I go again. The above rules require nine to eleven garments, depending on how you use the dress option. One garment can exist before the SWAP. So that means that I need to sew at least eight garments before the end of April, to finish a SWAP for the very first time. Will I make it? Suspense!

I'm going with maximum predictability. I've already made four Liberty Shirts, so I have that pattern down. I've made two of that Burda six-gore skirt, so that's pretty reliable too. I have a lot of linen and a little wool that's been waiting to be made up in those patterns. And I would be perfectly happy to own a closet full of them. So the lowest-ambition SWAP for me would be:

First Capsule:
Second Capsule:
Bridging Garment:
This still isn't totally predictable. I'm not quite sure that the brown-sugar linen is going to work for that skirt; it may be both too lightweight and too crisp, and therefore may crumple like tissue paper. And I'm not sure about an Asian shape like the Liberty Shirt in a houndstooth pattern. But the yam, green, and white shirts, and the chocolate and black skirts, are perfectly straightforward, so that's weeks of sewing before I need to think about the less certain garments.

And two of them are cut! I cut out the green shirt and black skirt before I even remembered the existence of the SWAP. And the Serger of Majesty and Wonder should make the skirt, in particular, far easier than it would have been on the regular sewing machine.

So it could happen. This year. Really. Maybe. It's not completely inconceivable.

Are you sewing? For winter? For summer? For crafts? Needlepoint? Tell!