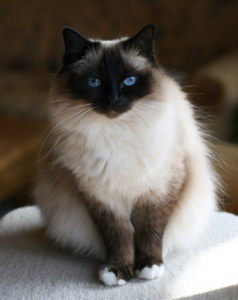 So I'm realizing another reason why the perfume blogging comes and goes. I have four states:
Perfume blogging has to wait for the fourth type of moment. Well, it doesn't "have to". If I had a job and punched a timecard for this, I could spit out words whether I felt like it or not. But I don't. So I don't.

This is apparently all to explain why that brief run of SOTD posts promptly hiccuped and stopped. Despite having dozens of samples waiting for attention, I'm not in the mood for anything challenging right now.

Instead, lately I'm wearing Thymes Agave Nectar, aka "grapefruit"--I don't know why they bother to claim any other notes for this fragrance. Well, at least in the lotion. The cologne does have a stray spicy note that isn't pure grapefruit, which is why I hesitated to buy it, but this weekend I was out and about and had just bought a lovely length of silk matka that I didn't need, so I rounded off the afternoon by buying a bottle of cologne that I didn't need.

Really, has anyone ever needed either silk matka or cologne? Oh, and I left out the five yards of pale-grass-green bias silk ribbon that I bought to go with the maize-yellow silk in a yet to be determined garment. Silk matka is coarse-woven, fairly heavy and not terribly drapey--not flat-out crisp, but it doesn't have that liquid collapsing thing going like, say, wool crepe does. It would work fine in all sorts of nice fitted garments that I don't yet have the skills to make.

I bought the silk because I love the color and I've been staring at it in the store for months, but I suspect that now that it's joined the stash, it's hearing all sorts of stories about how long it's going to have to wait to become a real garment. Rather like the stories told by the toys in Holly and Ivy, the ones that are waiting and waiting on the toy-store shelves to see if they'll be given to a child for Christmas.

Have you read Holly and Ivy? It's a children's book by Rumer Godden, and I suspect I've mentioned more than once that Rumer Godden's children's books are my favorite books in the world. It's about a little girl who wants a home, and a doll who wants a little girl, and that all sounds horribly sentimental and "awwwwwwww..." but you know I'm not the awww type, right? Trust me and try to read a copy. Except, sadly, the only edition in print is, I believe, missing the Adrienne Adams illustrations, and you really need those illustrations.

It occurs to me that the scene where Ivy (the little girl) falls asleep in the flour sacks against the warm wall of the bakery is not unlike the scene where Alys falls asleeep in the warmly decaying dung heap in Karen Cushman's The Midwife's Apprentice. As you might guess from the phrase "dung heap", The Midwife's Apprentice is a good deal further away from "awwww..." than Holly and Ivy, but they're both about people fighting for a place in the world. Ivy wants love, though she wouldn't put it that way; Alys doesn't know enough to want that.

Interestingly, while I'm not interested in wearing challenging perfume lately, I am interested in sorting and categorizing it. I sent off for a big glob of decanting supplies, including a bunch of baggies, and I just finished sorting my samples into baggies within baggies. (The Serge Lutens baggie shares the larger S->Z baggie with several other baggies, for example.)

And I'm making up perfume samples for friends. Having finally accepted that I may never get over Postal Regulation Phobia, I have increased my efforts to inflict perfume on folks in town. This means smelling some perfumes that I haven't smelled lately.

I've noticed that my tolerance for prickly incense is particularly low right now--for example, I found Chergui and, as previously noted, Tobacco Vanille, quite upalatable. I made the mistake of wearing something incenseish on the back of my neck, and now all of my sweaters need dry cleaning before they stop annoying me. (Neck to sweater to coat to next sweater the next day...argh!) I assume that my taste for this category of notes will return, but right now I can't imagine it.

On the other hand, Yosh Stargazer (the oil; I see that now there's an eau de parfum) made me want to fall over and take a long nap with my nose on my wrist. That was surprising, because there's a very strong clean note, almost soapy, about it. On the other hand, I love the soapy note in Balmain Ivoire, and in the oil version of Jo Malone White Jasmine & Mint, so... hm. I always assume that "soapy" means "white musk", but maybe there's another completely different note that also has the soapy vibe.