New Year's One of Two: Heavy and Bitter 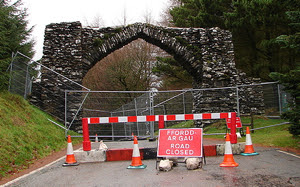 So it was a weird year. Mom died, and that changed more things than I would have expected.

I mourn the chunk of life that Mom was cheated of, the ten or twenty more years that she had every reason to expect. I wish that she'd had the chance to live those years and to take from them whatever joy she was capable of.

But from a purely selfish point of view, I've learned that mourning what's lost is easier than mourning what can't be attained. A mother that didn't love me is a less upsetting fact than a mother that doesn't love me today and won't love me tomorrow. I suspect that I've done a good deal less crying over Mom since she died than I did in any of the last several years of her life.

Sometimes it feels as if I've spent all my life explaining things to Mom, explanations that she was determined not to hear but that she never stopped demanding. Trying to explain, trying to help, trying to connect, trying to communicate. Mom never discouraged me from trying--it seemed that she wanted me to try, and try, and try, to keep pouring myself into a bottomless vessel. But she was never going to give back, not even to the extent of understanding the explanation or accepting the help. It's as if she not only needed me to try, but also to fail, utterly, in every effort.

I wish that Mom could have those years. But there's a relief in no longer failing. Now that I know that that path is closed forever, I can walk another way.