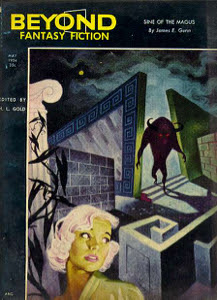 Potatoes are the subsistence food, but they're also jolly. After the zombie apocalypse, we'll all be munching on French fries.

The problem with growing potatoes is the dirt. Now, everything grows in dirt, but for most crops, you  pretty up the dirt with fertilizer and compost and stuff, you pat it all down all nice and neat, you insert the seeds and/or plants, and then you're done with the dirt. Well, at least I'm done with the dirt, because I do that weed barrier thing.

Potatoes involve a lot of dirt encounters. First there's the normal soil prep, with an extra priority on that loose, friable soil thing. Then you're likely to dig a trench to plant the potatoes in. Then the potatoes come up and you bury their stems once, twice, maybe three or four times. By the end the trench has been filled and the bed is now likely mounded up to a hill. Dirt, dirt, dirt.

All that soft friable dirt stuff attracts (1) weeds and (2) cats seeking a warm sunny litterbox. I disapprove of both. In my single bed of potatoes last year I thwarted the cats with a layer of floating row cover. That didn't do a thing against the weeds (in fact, it probably encouraged them) and it also added heat to potatoes already coping with a too-warm spring. So that's not a plan.

After a fair bit of dithering and sketching, I dreamed up a scheme that involves cheap three-foot weed barrier or maybe paper row cover, Crystal Geyser one-gallon square jugs with the bottoms cut out, and, well, potatoes. I may blog a sketch later. Or photos even later. Details aside, the plan lets me cover most of the potato soil against the weeds and cats.

This method isn't "patient", because it requires that I show up at a fairly specific time to do the first hilling, but I'm trying to make that as easy as possible by digging the smallest possible trenchlike hole for each potato, thus requiring the smallest possible amount of soil for filling in--maybe little enough that I could ask a friend to do the first hilling if I'm going to be out of town. The second hilling will be much more work, but if the original hole is fairly nice and deep, it will be moderately optional.

All of this ignores the cost of inputs. In addition to compost and fertilizer, I'll need four feet of weed barrier and one Crystal Geyser jug per plant. (And, yes, I am getting the MacGyver vibe. I'm just ignoring it.) I want the cost of all that (admittedly, I guess I'm going to drink the water) to be lower than the value of the potatoes.

Though I'm going to do it either way, at least one year. Got to be prepared for the zombies.