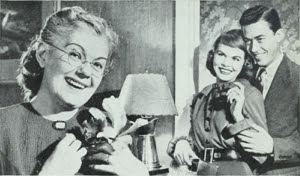 See, the phrase "patient garden" means what I want it to mean--at least it to me. But when I say it so often it still has a sort of BrightHappy catchphrase feel. Maybe the BrightHappyness is the thing. See that picture? Bright and happy and scary as all get-out, right?

And the blog, for, oh, a whole two weeks or so, actually seems to have a (gulp) topic. It's (slightly) less diary-like and more information-like. It's not flitting around like a drunken flour moth. And that feels...weird. Kinda weird. Maybe the problem is that if I keep that up, I'm in danger of eventually taking it seriously? Maybe the seriously is the thing.

Because, see, I would love to reach the point where I could say, "So you want to have a vegetable garden in spite of being able to tend it only at irregular and unpredictable intervals? Here. Here is The Truth of how to accomplish that." Of course, The Truth isn't achievable, but a nice bag of well-organized advice is theoretically possible. Eventually. Where eventually is several growing seasons from now.

So I feel weird about the blog lately. That's all I wanted to say. I think that I needed to say that, in order to keep on doing the Patient Garden posts. Because I wanna do them. For some reason. Not knowing the reason might also be the thing.

Image: Wikimedia Commons
Posted by Martha at 12:03 AM