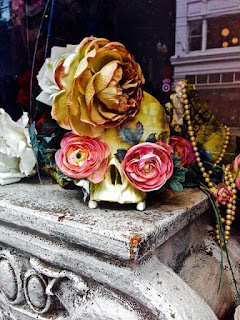 So, for several days I've been obsessed with the photography idea--reading websites and books, figuring out the controls on the camera, and so on and so on, and suddenly today I've hit a "Meh...why was I interested again?" wall. This happens to me periodically. I don't know why. Tomorrow I'll make a point of figuring out the latest few puzzlements with the camera, and taking pictures of something, in the hope of re-sparking. Maybe I'll walk downtown and take some random photos.

The area of photography that interests me most is street photography, which is a difficulty, because a fair bit of street photography is taking pictures of strangers. Usually without asking their permission. There really aren't any legal issues--at least, there's a broad range of spaces where I can take pictures without there being legal issues--but I'm still debating my comfort level with the ethics.

The ethics of photographing, and publishing the photographs of, strangers, without their permission.

There are some clear edges. I'm  completely comfortable with photographs of people actually performing in public--street performers, people marching in parades,  people giving speeches, and so on.  The two costumed women in the photo in the previous post are, IMO, pretty close to this category--though they may or may not have been actually marching in the parade, the whole parade is pretty much an exercise in performance art for costumed observers as well as marchers.

I'm absolutely not comfortable with photographing sleeping or otherwise nesting--is nesting a word that works?--homeless folks. While they may not have a legal expectation of privacy, it's a fundamental injustice that they don't have that privacy. It might be different if I were photographing with a coherent purpose or message, but I'm at the very beginning of amateurness, so there are no ends with which to justify the means.

What about people who have no expectation of privacy, but clearly would really like to be private? I watched a woman with a head covered in metallic bits of paper, obviously in the middle of some sort of hair treatment, rush from the salon to put money in the meter for her car, and then rush back. I decided that people who clearly want privacy in the moment would also be off limits.

That still leaves most of the world--the people who are out and about and clearly content to be seen. But who may or may not be content to be photographed.

Do I go with the law, which pretty much says that anything happening in plain view in a public place is fair game? If you Google "street photography" and click "images", it looks pretty clear that most photographers aren't asking for permission.

And for that matter, most people taking pictures don't ask permission of the people in the photo before they share those photos--if you take a picture at Disneyland, you're not going to run around to the sixty people visible in the frame and get their permission.

Meanwhile, another shop-window photograph. Which runs me into another ethical quandary, which is whether it's fine and dandy to photograph a window dresser's work and share that photo?