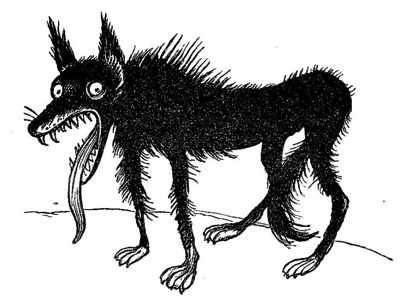 I liked them all. But none of them had a murder. I'm not sure that I approve of that.  And I'm only partly joking.

I've grown accustomed to the prominent event spikes in a murder mystery--the lead-up to the murder, the murder itself, the discovery, the investigation, the solution. In a good murder mystery (and there are plenty of bad ones) I like the way that those spikes illuminate the characters, their relationships, their personalities, goals, fears, blah. I used to be vaguely ashamed of my diet of mysteries, but I'm starting to feel defensive about my defensiveness. When I finish a nice peaceful book, I often feel that the characters had less depth than the characters in a story that also includes guns, blood, and interrogations in the library. They don't fear for their lives, their freedom, or the lives or freedom of their loved ones, and so it often feels as if they just toddle around on the stage making sophisticated grown-up remarks about their lives. No salt, no fat.

That's not really true of the two novels above, and I think that's why I'm making this discovery--I was surprised to read a couple of non-murder-mysteries that did have interesting characters and situations, even if I would have been happier to see somebody get shot. The novels aren't described as literary fiction, though, so I can't claim to have broken through my barrier with that genre. (Or non-genre.) But I liked them.

At this point I feel that I should say something about all the books, but I find it oddly difficult to discuss books. I worry that I'll spoilerize them, and no doubt I worry that I'll look stupid. I'll try to get that machinery oiled by offering random thoughts, in the hope that someday I'll write proper reviews someday.

The Obituary Writer is a two-strand story about two women, one in 1919, one in 1961. I find myself wanting to assign perfumes to them--I decree that the independent young woman in 1919 buys Mitsouko for herself, while the 1961 housewife wears Caleche because it's what her husband thinks his mother would approve of.

Tell the Wolves I'm Home is a story of childhood merging into adolescence, with a fairy-tale air in spite of having no unrealistic elements at all. If I visualize The Obituary Writer it looks open and clear, a well-lit piece of television with good costumes and very fine cinematography. Tell the Wolves I'm Home is darker, thicker, less literal, a tapestry that moves. I'm not sure if it's my favorite of the four or not, but if all four authors came out with new books at the same time and I had to pick just one to buy first, I'd pick this author's. I want to see what her next creation looks like.

She Matters explores feminine friendships, and a longing for feminine connection and, as I interpret it, mothering. I take it personally because I don't take it personally. Do I have that same longing? Do I seek to replace the mothering that I didn't really get, like the author does, or do I truly not feel a void that wants filling, the void that for her was apparently a cavern that drove much of her life? The book feels meandering and unstructured, but that also feels like its proper structure, if you see what I mean. Don't worry if you don't, because I'm not sure I do either. Halfway through, I wasn't going to finish it; by the time I was done, I was ready to find the author's other books.

The Secret Life of Pronouns is the kind of munchy nonfiction book that I enjoy. I mentally class it along with Freakanomics and Why We Buy and other books that present scientific research in an enjoyable, NPR-interview sort of way. It suggests that our writing--such as, for example, this piece I'm typing away at right now--tells us all sorts of things about ourselves, our confidence, our relationships, blah. (Hmm. Could the word "blah" be used to tie my writing to me, and also to a specific time, since I've only recently started using it? And why am I using it? Did I get tired of the word "etc." What does it mean?)

*Footnote: So, that's four books before mid-January. I used to do the 100+ book challenge, and that would put me just about on track, at least by my own rules, which credit me for books that I finish in the year in question. Without that rule, every year I entirely lose credit for the big bag o' books that I'm halfway through at the end of December.

Even so, I realized that trying to read more books resulted in my reading fewer books. I don't know why; it doesn't make much sense, but there it is. So this year I plan to log/blog books finished in the year, without worrying about keeping up with any specific reading rate.