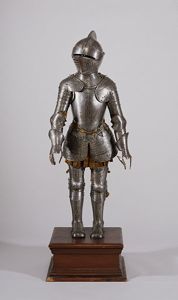 When I put something away in the kitchen right after using it, my brain often mocks, "Well, aren't you fancy. Who do you think you are?" It's a voice from childhood. Refusing to tend a home was part of Mom's identity--she was a Modern Woman and an Intellectual Woman, and for her, that went along with an abiding suspicion of housekeeping. There were inconsistencies, such as her avenging offensive on the floor with the vacuum, but in general housekeeping meant knuckling under to the sexist and plebeian standards of others. Putting the oregano away promptly was a surrender.

I mock Mom for this, and I mock my brain for trying to maintain the habit. Why reject the opportunity to have pleasure and comfort in your own home just because you might (gasp!) fulfill a community standard at the same time?

Yesterday I put on a denim dress that kinda fits me, and the green Dorothy earrings, and a green blatantly-fake-emerald necklace that I've been trying to find an opportunity to wear. And that didn't feel like enough color, with the necklace and earrings mostly being hidden by my hair and collar, so I grabbed the floofy-flower scarf and tried it on. And my brain demanded, "Well, aren't you fancy. Who do you think you are?"

It's been saying that a lot since the fashion experiment started. And it's not Mom's voice--you all know that I'm ready to blame Mom for everything, but she didn't model a lack of interest in putting together an outfit. A lack of joy, yes, but not a lack of interest. It's not the voice of the kids who told me day after day in school that I was ugly. I know that because I never gave them the chance to mock my fashion ideas. Because I mocked them first, alone, and put a stop to them, before anyone else got the chance.

In other words, it's my voice, defending me from what is no longer a threat. The voice mocking me when I put away the oregano is Mom's dysfunctional defender, unwittingly transferred to me. The voice mocking me when I consider the effect of a scarf is my dysfunctional defender. It thinks that mean girls are waiting around the corner and that I still need to keep my power close and my armor buttoned up.

It means well. I want to treat it gently. But it's being retired from an executive to an advisory position--Advisor on Fashion Rebellion.

Rebellion is what gets me past those nervous moments. If I want to do something "right" I don't have the confidence to go through with it. If I want to do something whacky, it's much easier. I often realize afterward that it really wasn't the least bit whacky, but that's OK--once the experiment has been completed once, I can do it again even if I'm (gasp) fulfilling community standards.

There's probably more to say. But it's been more than two weeks since my last post, which means that I've reached the "write something!" deadline. So that is all.

Image: Wikimedia Commons.
Posted by Martha at 12:30 AM