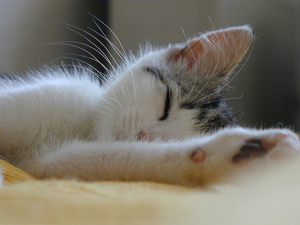 Today is the fifth and last day of the Ashland Independent Film Festival. For most of those days, we attended all five screening slots, starting around 9:30 in the morning and ending around 11:00 in the evening.

We're running out of clean laundry.

We're running out of snack food.

I think that my left leg may have abandoned the effort to maintain full blood circulation to itself, and will need re-education.

We've learned that we can get a slice and a drink from Martolli's and be back to the Varsity in a twenty minute break.

We re-learned the vital information that some of the classic theater seats at the Armory are an inch or two wider than some of the others.

Today I started using the thirty-second gap between the end of one short and the beginning of another as an opportunity to nap.

We're done. We bailed on the 6:00 screening today (a tradition for us, when we don't also bail on the 3:00) and went home, where we are collapsed on thickly upholstered furniture consuming sugared beverages.

I'm glad to be done. And I'm already looking forward to next year.

Oh, the films? Himself covers that. Go read his blog. Really. Go now.

Image: By Streifengrasmaus. Wikimedia Commons.
Posted by Martha at 6:13 PM