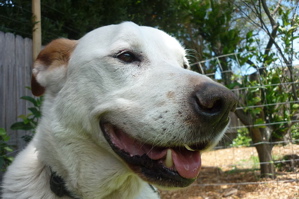 So in all this babbling about sewing and other things, I haven't been ignoring my perfume collection. I've been wearing perfume, I just haven't been making a meal of it. And I find that my perfume taste under those circumstances is a bit different.

For example, there's k. hall designs Cypress and Cassis, a solid perfume that I wear so rarely that I tried to give it away. The other day I wanted a solid perfume for minimal projection, and I was bored with Pacifica Tuscan Blood Orange, so I grabbed this one. And after a few hours with it, I've concluded that, no, I'm not giving it away, I'm putting it toward the front of the collection for a while. It has a medicinal edge, probably the cypress, and a "clean" vibe, but it's a clean that doesn't depend on either soapy musk or watery notes. The cassis is in there, but it's so well blended with the cypress that I don't read it as "fruity"; fruity annoys me. The whole package makes me feel as if I smell interesting, and I like that.

If it really were low-projection, I'd claim that as an added advantage; I like my perfume to be largely undetectable until the hug range. Unfortunately, Himself complained about it at a range of three or four feet, so apparently it is neither low-projection nor Himself-approved.

Moving on, there's Balenciaga Rumba, acquired for the "under twenty" series, which I will get to one of these days. Mals at Muse in Wooden Shoes predicted that I wouldn't like this. Having met me, and knowing what I now know about Rumba, I would have concurred with this prediction. But, contrarily, it turns out that I love it. It's sticky and fruity and slightly cloying and fabulous.

Wild divergence: Long ago, I did computer support. Although our customers were employees of our own company, under some circumstances we had to ask to be paid for our work from the customer's departmental budget. A coworker once summarized the attitude of a cat, versus that of a dog, in those terms:

"Ya got a charge number?"

OK, maybe you have to have worked there to burst out laughing, as I did. But in the cat people versus dog people contest, Rumba is definitely a "dog" perfume, eager to please and puffing friendly pungent fumes at you as it drools just a little. It would never dream of asking for a charge number; it just wants to give. I'm a cat person, but sometimes I can appreciate the uncomplicated adoration of a dog.